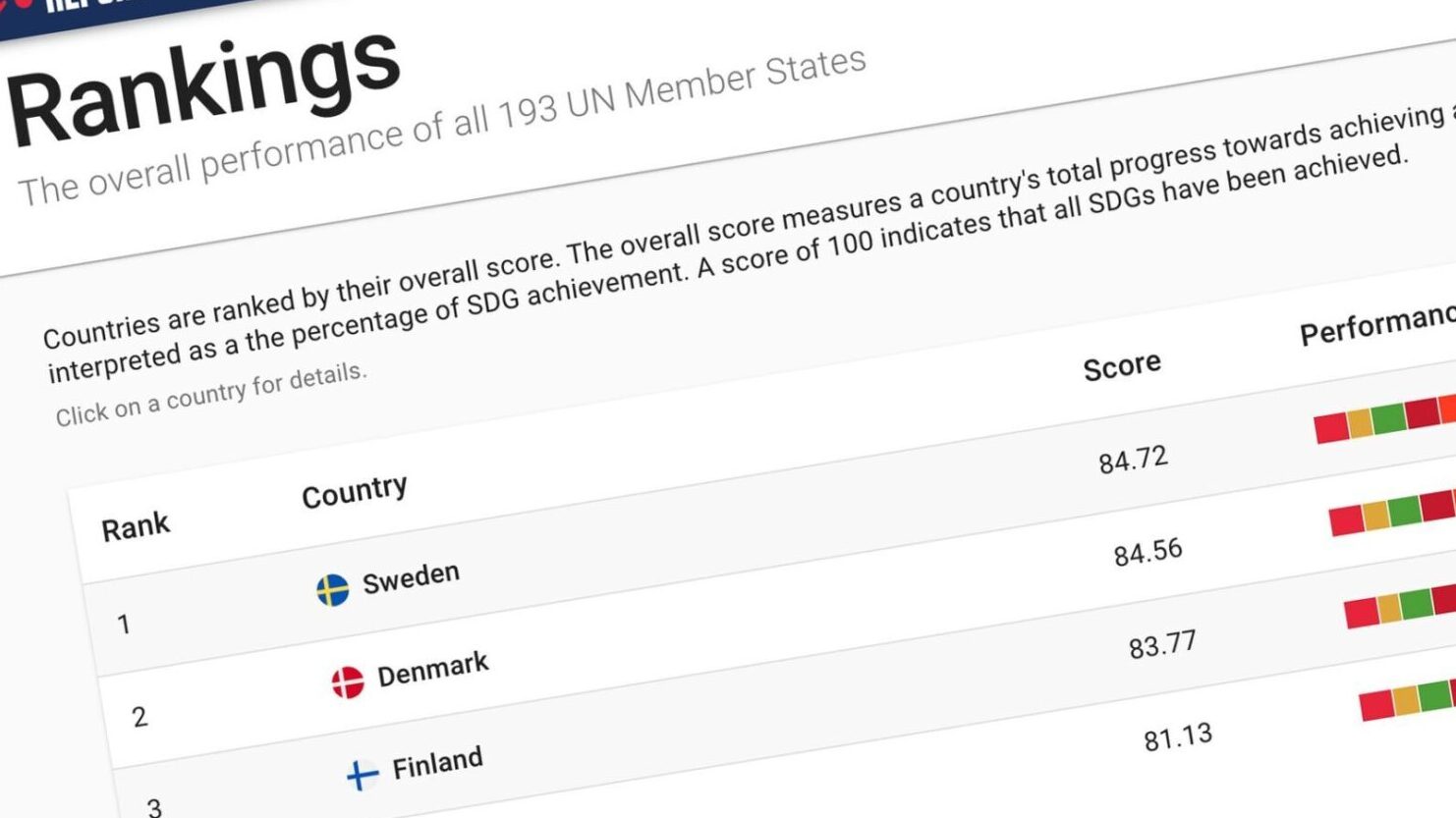 Sweden Best In The World On Agenda 2030

Of the 193 member countries of the UN, Sweden has reached the highest level in the work on global goals, according to the Sustainable Development Report 2020 ranking.

Sweden has achieved 84.72 percent of the global goals for sustainable development and is thus the country in the world that has come along in the work with Agenda 2030. The leading position is highlighted in this year’s Sustainable Development Report, which ranks the world’s countries by how close they are to is to meet Agenda 2030.

According to the ranking, Sweden has achieved four of the 17 goals; no poverty, global health and well-being, equality and sustainable energy for all. For other goals, challenges remain and for two of the goals, sustainable consumption and production as well as combating climate change, major challenges remain to reach all the way forward. Sweden is followed by Denmark and Finland in the top tier and according to the report, most development in the global goals has been in Asia since Agenda 2030 was launched five years ago. At the same time, the current corona pandemic is expected to have a negative impact on most of the 17 goals.

“As the report shows, clear progress was made in Agenda 2030 before the pandemic broke out. With the right policies and strong global collaboration, we can restore that development in the coming decade, ”said Jeffrey Sachs, professor and chair of the Earth Institute at Columbia University who led the work on the report, in a comment.

The ranking is published by Cambridge University Press.