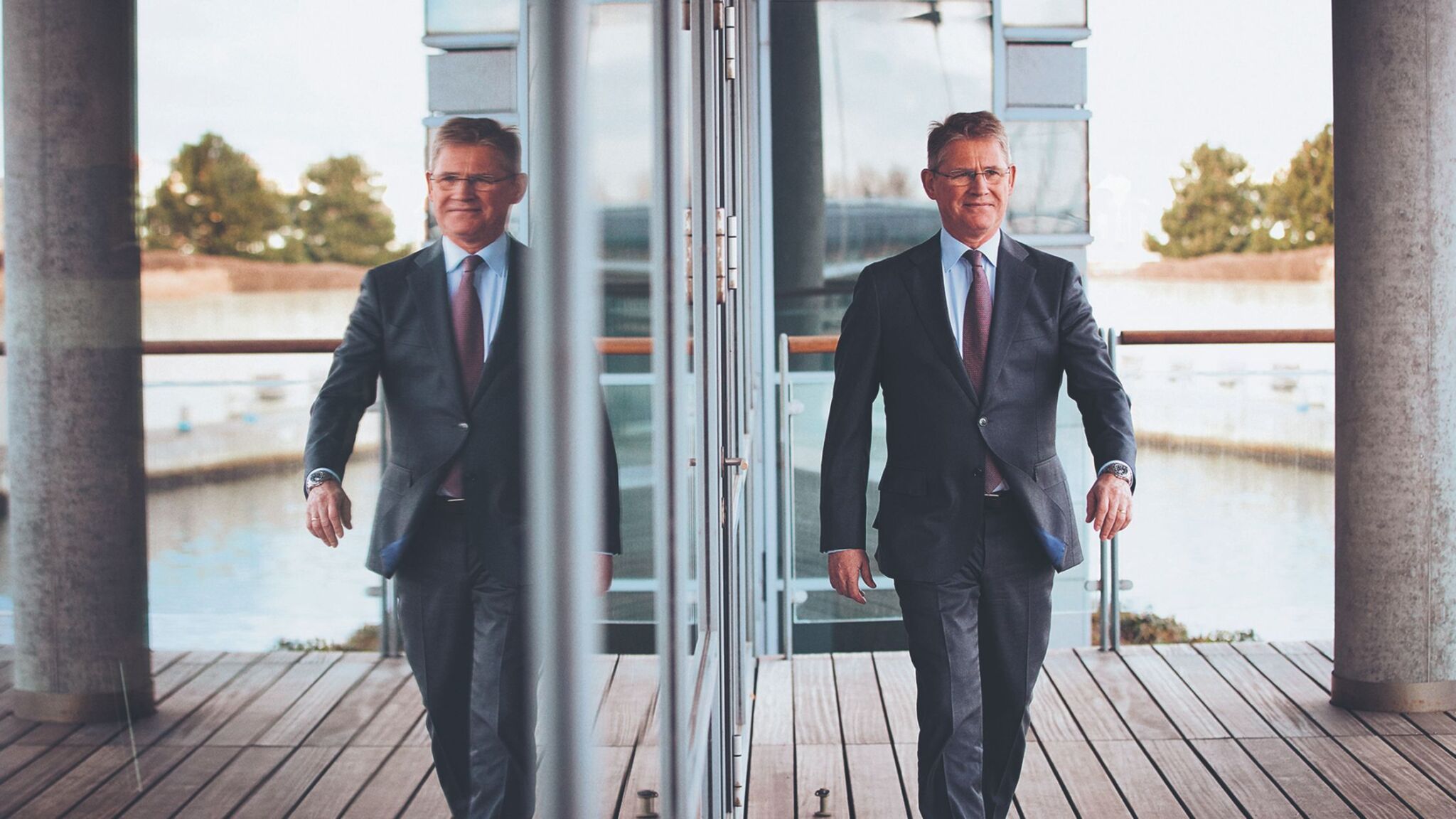 Lars Rebien Sørensen, former CEO of Danish pharmaceutical giant Novo Nordisk, was selected by Harvard Business Review as the ”best-performing CEO in the world” for two years running, in 2015 and 2016

Globalising out of the Nordics:

An exclusive group of Nordic business leaders have made it to the top of the international corporate world, either as top executives or in board roles outside the Nordic region. Does their international success stem from a Scandinavian leadership style that is increasingly in tune with global trends? And is it exportable?

The concept of a Nordic leadership style, with a global potential to inspire, was given a definite boost when Lars Rebien Sørensen, then the Chief Executive Officer of Danish pharmaceutical giant Novo Nordisk, was selected by Harvard Business Review as the “best-performing CEO in the world” for two years running, in 2015 and 2016.

In doing so, HBR highlighted the company’s focus on a “triple bottom line” encompassing not just financial results but also environmental and social aspects, as well as Rebien Sørensen’s “distinctly modest approach to leadership – one that would be atypical in America but not necessarily in Scandinavia”. As if to prove the point, Rebien Sørensen greeted his initial selection for the honour by stating in an interview with HBR that he did not even like the notion of the “best-performing CEO in the world”.

“That’s an American perspective – you lionize individuals. I would say I’m leading a team that is collectively creating one of the world’s best-performing companies,” he said, emphasizing a focus on teamwork and collective thinking that is considered very Scandinavian. But tellingly, the Dane explained that, while he has a “consensus-oriented” Scandinavian leadership style, he would also describe himself as “slightly more aggressive than the typical Scandinavian business leader”, having spent several years in the United States early in his career. 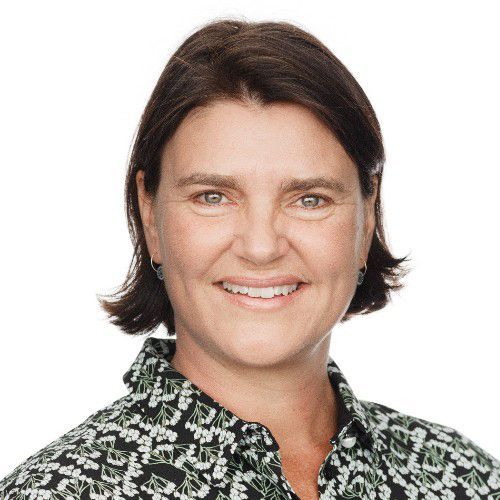 Pernille Hippe Brun, consultant and advisor on organisational development and leadership, advocates for the Nordic leadership style as a model for the future

Vikings on the Move
The same could be said about other Scandinavians who have made it to the top of international organisations outside the Nordic region.
While Lars Rebien Sørensen represents a Nordic tradition of building globally oriented companies – from furniture giant IKEA through energy company Equinor (previously Statoil) to shipping colossus A.P. Møller-Mærsk – other Scandinavians have ventured outside of these home-grown successes and made their careers in non-Scandinavian settings.

To name but a few, the British low-cost airline EasyJet is currently headed by Swedish travel industry veteran Johan Lundgren, who previously worked at German travel giant TUI, while fellow Swede Ola Källenius was last year promoted from Head of Research to CEO at German automaker Daimler. From Norway, former Statoil CEO Helge Lund is now chairman of the British energy giant BP (and, incidentally, also of Novo Nordisk), having succeeded a Swede, Carl-Henric Svanberg, the former CEO of the telecoms company Ericsson, in this post.

Among the world’s large sportswear makers, Germany’s Puma is headed by another Norwegian, Bjørn Gulden, who was formerly the CEO of Danish jewellery brand Pandora and German footwear retailer Deichmann. And his counterpart at German rival Adidas is the Dane Kasper Rørsted, who previously headed up Henkel, the German chemical and consumer goods company.

In pharmaceuticals, the world’s largest maker of generic drugs, Teva Pharmaceuticals of Israel, is led by the Dane Kåre Schultz, who was once a contender for the CEO role at Novo Nordisk and later the CEO at another well-known Danish pharmaceutical company, Lundbeck. And just recently, Danish shipping giant A.P. Møller-Mærsk lost its Swedish Chief Financial Officer, Carolina Dybeck Happe, who has opted to take up the same role at U.S. industrial conglomerate General Electric. Similarly, former Mærsk CEO Nils Smedegaard Andersen, who is increasingly active on the boards of international groups such as BP and Akzo Nobel, was recently appointed the new chairman of Dutch food giant Unilever.

These are just a few examples that point not just to a globalised world, or a traditional Scandinavian focus on being outward-looking, but also to the question of whether these personal successes reflect a Nordic leadership style that is increasingly in tune with global trends and thus has much to offer to organisations in other parts of our rapidly evolving world.
In other words, is the Nordic leadership style exportable? 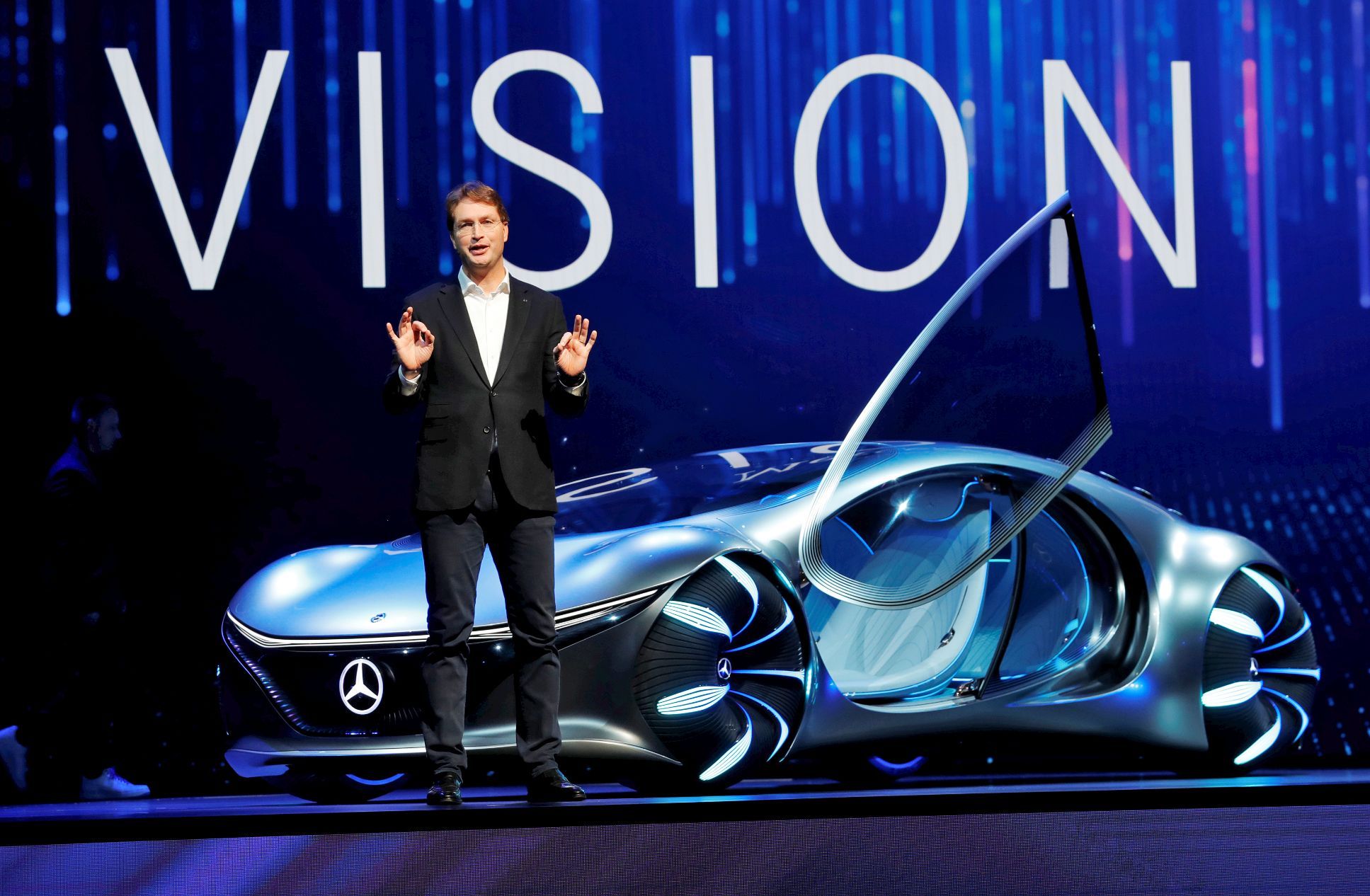 Swede Ola Källenius, chairman of the board of German automaker Daimler AG and Mercedes-Benz AG, unveils the Mercedes-Benz Vision AVTR concept car during the 2020 CES in Las Vegas.

Hybridising the Scandinavian way
Among a growing body of literature and research on Scandinavian leadership, a book published last year by Pernille Hippe Brun, a Danish consultant and advisor on organisational development and leadership, explores this topic based on interviews with numerous Scandinavian executives who have made their careers abroad.

In the book, “On the Move: Lessons for the Future from Nordic Leaders” (People’s Press, 2019), she states that the interviewees generally shared the same ideas of what they associate with Nordic leadership traits, listing them as: nurture and care; openness and transparency; responsiveness and a willingness to experiment; directness and a straightforward approach; inclusion and collaboration; and commitment and purpose.

But the overall conclusion is that the Nordic leadership style “cannot be exported wholesale”. For instance, Nordic directness might grate in cultures that are less upfront, and the Scandinavian tradition of consensus-seeking, delegation of responsibilities and challenging authority does not necessarily work well in more authoritarian cultures. Rather, Hippe Brun concludes: “The Nordic leaders abroad serve as carriers of these ideas from the North. Part of the role they play, in collaboration with local colleagues in the overseas countries where they have leadership responsibilities, is to seek out what works and what does not, what can be modified and what cannot. Their aim is to grasp the opportunities and identify the best possible solutions to the challenges that face organizations across the globe, adapting to the nuances of many different cultures.”

She also suggests that, for reasons to do with Nordic history, Scandinavians are particularly suited for such roles because they are innately adaptable – to change, to different ways of doing things, and to different points of view. What follows, then, is what Pernille Hippe Brun calls “mixing and matching the Nordic leadership style with the prevalent local style”, a “hybridized” version that, in essence, is more about a Nordic way of thinking – “Nordic” as a state of mind.

In doing so, Hippe Brun presents the Nordic leadership style as a model for the future, partly by pointing to similarities between Scandinavian leadership approaches and the organisational structures found in many modern start-ups across the globe, and indeed to the presence of many Scandinavians in Silicon Valley. It is worth noting that some of the Nordic leaders mentioned above have a management style that, in their home region, might not be considered particularly Scandinavian. Kåre Schultz, for one, has been called “un-Danish” in his approach, earning the moniker “hard-Kåre” for his brash style during his time at Novo.

It has been suggested that his particular style is actually more suited to a non-Nordic company and that he was not a good match for consensus-seeking Novo Nordisk for this very reason.
He might agree with those who see the Nordic leadership style as soft and lacking a killer instinct that is more prominent in the United States, for example. And so, we have Mr Schultz’ former boss at Novo Nordisk, Lars Rebien Sørensen, the world’s former “best-performing CEO”, suggesting that he is actually “slightly more aggressive than the typical Scandinavian”, yet still emphasizing his Nordicness in other ways. It is mixed and matched, Nordic style.