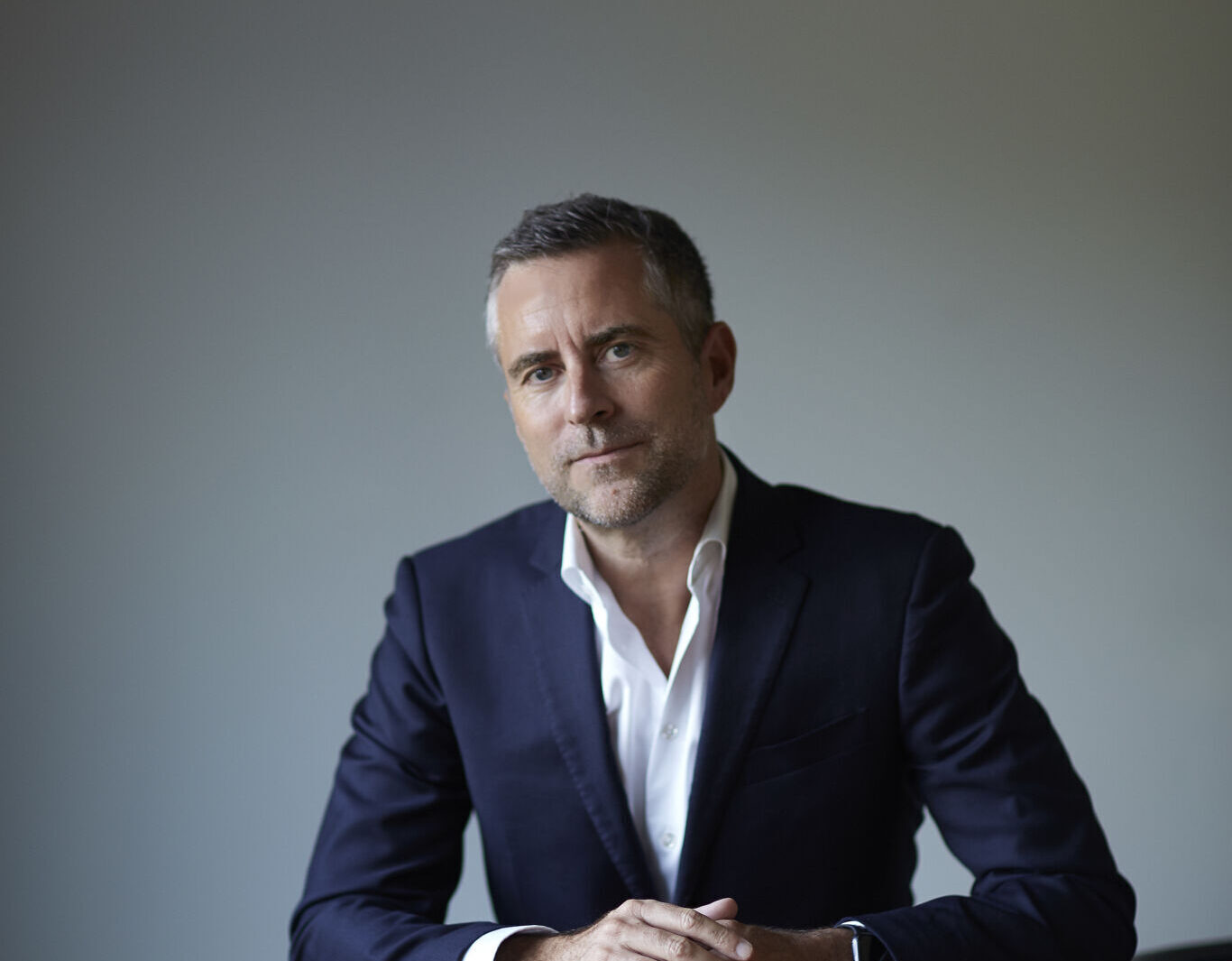 Your heart needs to be in the right place

“First and foremost I always invest in people. It’s important to me to work with people that I like and share certain values with. I’m a big believer in personal due diligence”

Jacob Risgaard is one of Denmark’s most well-known and prominent investors. He started his first online business in 1996 and, like many entrepreneurs, had the experience of going bankrupt and losing everything he owned – including his parrot – to the bailiffs. In 2005 he joined the wholesale company Coolshop, founded in 2001 by brothers Mark and Mike Nielsen, to help push their online sales. The company is now part of Entertainment Group ApS, which enjoyed gross profits of more than 100 million Danish kroner in the financial year 2019-2020.

Today, Jacob Risgaard is also known as one of the investors on the TV show “Løvens Hule” (a Danish version of “Dragon’s Den” which in Sweden also runs as “Draknästet”, ed.), where he invests in start-ups on behalf of CoolGroup, a company that’s part of Coolshop and which recently saw Danish Bestseller billionaire Anders Holch Povlsen join the circle of owners through his investment company Heartland, with a share of 25%. Nordic Business invited Jacob Risgaard to talk about the factors that go into his investment choices – and the types of businesses he would like to invest more in over the next few years.

When you look back at the investments you’ve made until now, what was the one that meant the most to you so far?
“That’s like choosing between your children – you just can’t. Every investment really means a lot to me, and though these companies are all different, each one does something completely special.”

“However, I’d like to flip that a bit upside down and say that the most important decision I ever made business-wise was to get Heartland, under the helm of Lise Kaae, onboard as one of our owners. Getting such a large and professional company with such talented and competent people sitting at the end of our table, that’s been enormously instructive and rewarding. It’s just so much cooler to have someone on your team who can really lift you up than spending 10 years protecting the ownership structure down to the last few percent.”

Getting the right match between both personal values and the value basis for investing has also been crucial for Jacob Risgaard. “Both CoolGroup and Heartland want to contribute to the development of CSR and ESG. One of the companies we’ve invested in is Nordic Woods, which plants forests that all types of businesses have the opportunity to become part owners of. That way we can also contribute to solutions that even more companies can tap into, so together we can help get more businesses to engage with the green agenda in a positive way.”

“CoolGroup currently counts 21 companies among its investments, and some them were made through “Løvens Hule”. How do you pick your investments outside of “Løvens Hule”?
“It’s a bit easier to pick investments outside of “Løvens Hule”. At CoolGroup we encourage everyone to apply, and we keep our lines of communication very open. This also means we get a lot of approaches through social media, which we are truly grateful for. But we do try to focus on companies that reach 360 degrees around Coolshop as a business, so we stick to our core areas including retail, fashion and technology.”

But there are also investments which Jacob Risgaard sees as coming straight from the heart. That includes the Danish e-sports business P1 Esport, in which he’s invested a few million Danish kroner along with Eigild Bødker Christensen (a Danish multi-billionaire and founder of the printing company Color Print which he sold in 2006, ed.) and Mike Nielsen (one of Coolshop’s founders, ed.). Investing in more e-sports companies, however, is something that Jacob Risgaard thinks will have to wait a bit. “We’re still getting to know the market and prefer to make our first slip-ups with this one. It’s also cheaper to make a mistake with a small investment than a big one,” he says, chuckling.

Your investments through CoolGroup include businesses in retail, technology, sustainability and business innovation. Which types of investments or businesses do you generally think will gain the most within the next few years?
“Software-based companies, including particularly software companies that manage to streamline processes and free up processing space, which is often difficult for a lot of companies to achieve. And then of course it would naturally also continue to be companies that have a positive impact on the environment. But as an investor, you still need to remind yourself that, even with a great concept, it can take a long time for consumers to change behaviour.”

“At CoolGroup we also have a strategy of investing sustainably, but preferably in big projects that can make a noticeable difference in reducing carbon emissions, for example. Of course, everyone can make a positive contribution to the climate equation, but it’s the big projects that really shift things. It’s really startling, for instance, that big cement factories are responsible for such a large share of carbon emissions. Just imagine, as a co-investor, if you can contribute to the development of a sustainable cement-like product. That would have a big impact. So, privately I also invest considerable amounts in green projects through green investment funds.”

Investing with his heart
For Jacob Risgaard, it’s very much about creating value through a holistic perspective – not just for himself, but for employees and aspiring entrepreneurs too. “I’ve never been a traditional manager by any means, but my experience as an entrepreneur has taught me to show more respect for each individual as a person and for their family life,” he says, adding: “First and foremost I always invest in people. It’s important to me to work with people that I like and share certain values with. I’m a big believer in personal due diligence, which is something they really apply in the US. By getting to know others better, visiting each other privately, and so on, you can get a much more honest sense of who people really are. Unfortunately, we’re still a bit reserved in Denmark when it comes to letting people in if we don’t know them well. That’s a shame, because it really is important to not just invest with your common sense but invest with your heart too.”

With the CoolUnite foundation that falls under the umbrella of Coolshop, you support vulnerable, sick and disadvantaged children in Denmark. Among other things, the foundation has helped build both a children’s hospice and a holiday charity for children aged 0 to 18 years who are affected by serious illness. What made you support these particular causes?
“Some years ago, we discovered that there’s only one children’s hospice in Denmark (the Lukas Foundation, ed.). The grief of losing a child affects the entire family. That includes grandparents who see their own child being affected by deep grief as well as dealing with their own grief at losing a grandchild. With CoolUnite, we’ve contributed to establishing another children’s hospice as well as Pausehuset, where families who rarely get to travel due to having a sick child are given a 5-star holiday experience. It’s touching to see the children sitting around a campfire with their families making bread on a stick and suddenly asking who’s going to comfort their mother when they’re gone.

Money isn’t cool if it’s just sitting there in the bank. The foundation is also 100% independent and thus completely transparent. What’s positive about charity and CSR is also that the employees see the company having values and a purpose other than just making money. It’s comforting to many employees that we show there’s enough money to also support charitable causes. And that’s especially important in times of crisis. CoolUnite also seeks to inspire other leaders and SMEs to embark on CSR strategies, which is something that many executives find difficult to think into their companies. We want to inspire other companies and contribute to more people opening their eyes to the benefits of CSR. There’s actually good money in helping others.”

You’ve gained a lot of experience in your working life that could be described as full of ups and downs. What would be your best advice to entrepreneurs seeking funding from investors?
“Hard work. That will clearly get you further than anything. Of course, you also need to have other abilities, but hard work is an absolutely crucial factor in achieving success. That’s also well-established from elite athletes who train for years until they get successful. In the past, you even got a mark at school for “diligence”. Even if you weren’t necessarily gifted with great intelligence, you could still get a certain amount of recognition for showing hard work and diligence.”

“There’s no recipe for success, though it’s become popular among some former entrepreneurs to publish books offering advice on how to be successful as an entrepreneur. But the bottom line is that you have to find your own way and then be prepared for it to be extremely hard. In return, you will get at a great deal of self-satisfaction that is exactly what elite athletes get when they finally succeed after a long time of working hard and being determined,” he concludes.