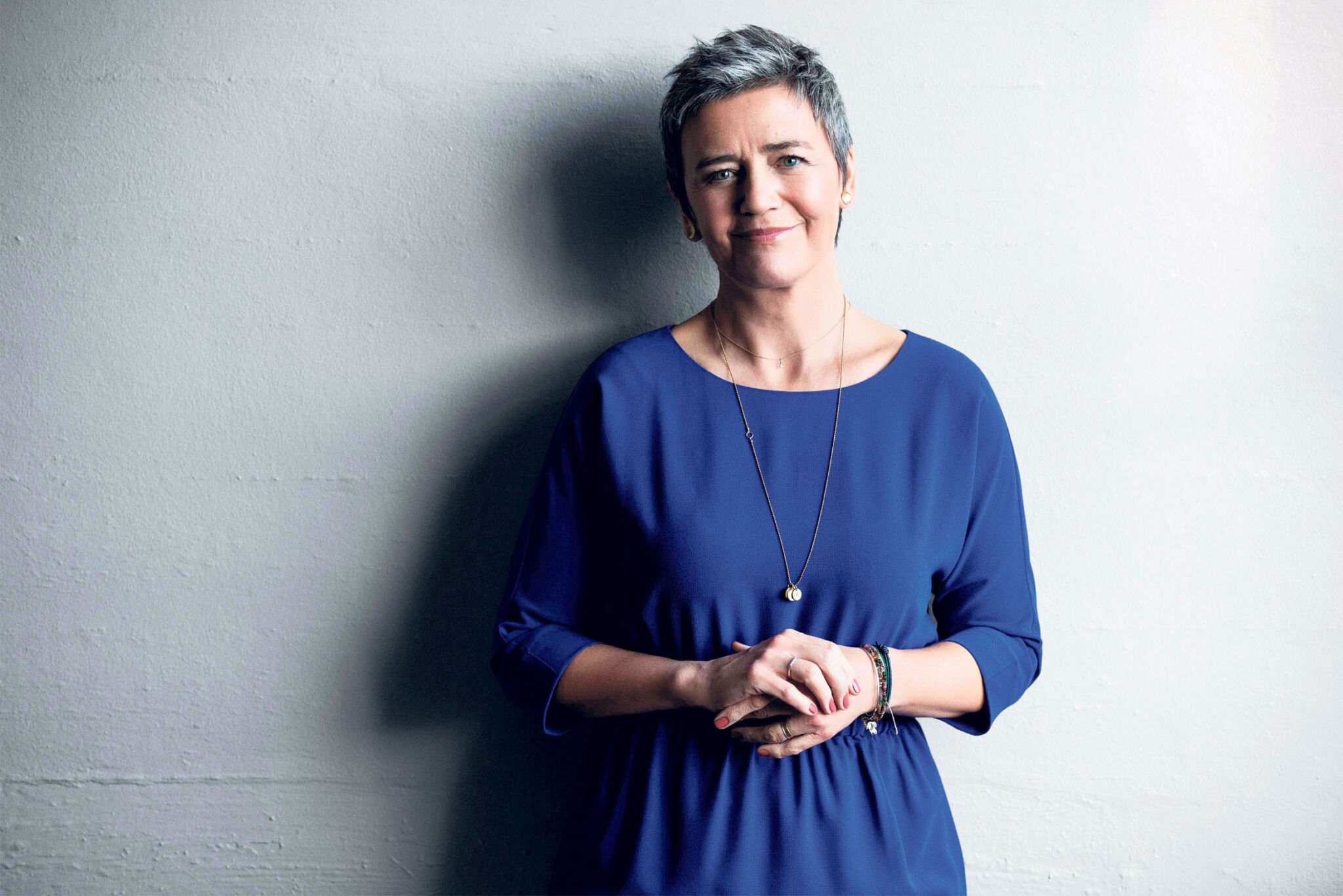 When a sector like the tech industry has such a major impact on the lives of its users and all citizens, it’s particularly important for that sector to reflect its users and embrace different people with different backgrounds and takes on what they are doing, says Margrethe Vestager, the EU Commissioner for Competition and Europe’s digital future.

As the EU Commissioner for Competition, Margrethe Vestager regularly personifies the EU countries’ focus on – and perhaps opposition to – the business models of multinational tech companies and their influence on the private lives and rights of ordinary citizens. Margrethe Vestager also chairs the ‘Commissioners’ Group on A Europe Fit for the Digital Age’. In other words, tech dominates much of the Danish EU Commissioner’s working day, and the challenge of getting more women into the tech industry is a recurring topic on her agenda.

There are solid reasons for that – both quantitative and qualitative ones: “On a purely  practical basis, there’s an incredible demand for people with technology skills. That applies to a lot of different areas, and that massive demand will continue to be there. It’s in cyber security, research in quantum computing, software development and implementation, corporate development of new business models and so much more. We need to recruit far more people for the tech industry, and there’s still a large and untapped potential among women who make up just 17 percent of workers in the European tech sector,” Margrethe Vestager says.

Tech shapes our future
The qualitative reasons, according to Margrethe Vestager, are tied to the fact that, more than any other sector, tech shapes our future. That means we can’t be passive about the obvious gender imbalance in an industry that has such a major impact on everyone’s lives.

“Just think about the discussion we have in Denmark about what happens to the public sector as it goes digital. How do you contact it, what do you need to be able to do, how do you go about it, what gadgets do you need? In that sense, if a sector has such a major impact on the lives of its users, it’s important for that sector to reflect its users and consist of different people with different backgrounds and takes on what they are doing.”

Margrethe Vestager believes that, as citizens and as a society, we should be as concerned about diversity in the tech industry as we are when it comes to our parliaments.

“If the parliament had the same make-up as the tech sector, we couldn’t live with that. If far too many men are in charge, that’s a problem for us, and we need to have more generations represented too, because the laws made by parliament shape the future for all of us, so of course we need more women.”

Developments in tech create new roles
In the case of Denmark, more diversity would also support the ongoing process of maintaining and strengthening a high level of digitalisation.

“Denmark has come a long way in digitalising, but we have also been doing it for a long time. You need to be careful not to be overtaken by others with late-comer advantages in not having a legacy and a system holding them back. If you look carefully in Denmark, we’ve had to use a bit of gaffa tape here and there to get things going, because some of our basic systems are older. We need to keep developing the architecture to make it attractive for more and more people to join in that work.”

“Coding and being a program developer are very different now compared to just five or ten years ago. The technology is much more modular now. You can do more things with software now, and there are many more roles in the industry. It’s important for the tech industry to get a wider understanding of the types of roles we need when we’re as digital as we are.”

Code weeks are not enough
So, what should the tech sector, and the society that it is part of, be doing to achieve a more gender-balanced approach to recruiting and filling roles in tech?

“We always say that we need to start at school, and of course that’s true. But we don’t really have time to wait for that work to bring us results. We need far more. But it’s really positive that ideas like some form of code weeks, where children and young people get together to code, build robots and make
things gel, have now spread across Europa. But we also need to make sure we offer enough places to study when children grow older and want to access education.”

New people from other fields
But in the short term, more could also be done to recruit more adult women into tech, Margrethe Vestager believes.

“We need companies to be open to taking in new people from other fields of work who have an interest in technology. That means setting up processes for easing these people into tech through learning by doing and good old-fashioned peer training, and then building courses on top to give them the formal skills too. I think that will be a hugely important and effective approach, exactly because working with technology is becoming a wider and wider field, as all these sectors are now being digitalised. There’s tech in agriculture, transport, health, energy and in the whole way our industrial sector now works. It makes great sense to bring in people with different professional backgrounds who are interested in and keen to work in tech.”

“We always say that we need to start at school, and of course that’s true. But we don’t really have time to wait for that work to bring us results. We need far more.”

Role models and visibility
The ball is now in the court of tech companies themselves. They are the ones that can bring about the biggest change in the shortest amount of time, says Margrethe Vestager, and she fully supports the two most common approaches in the tech sector: recruitment processes need to be more open to diversity, and more women in top and middle management and key professional roles can serve as role models for other women to more easily see themselves as having a future in that environment.

“Companies shouldn’t wait for others to solve this problem, because that will take far too many years. So it’s great that they are taking action. It also makes a clear point to show that you can be a role model without being a CEO with the hardest degrees from the most famous universities. A skilled engineer who works in middle management or is an expert in their field is a super role model. Women are already there in tech, and the more visible that is, the more attractive it will be for other women too.”

Diversity is good for everyone
Margrethe Vestager also points to a positive aspect of working with diversity that may be a bit overlooked:

“The thing about diversity is that it also benefits the people who are already in the tech industry. To put it this way, it helps them see themselves, far more, not as part of a group but as individuals and workers who also have an individual responsibility for being who they are in all these development and innovation processes that are typical of tech. I tend to say that equality and diversity are just as important for the majority that are already there as for those who are underrepresented and now coming on board.”