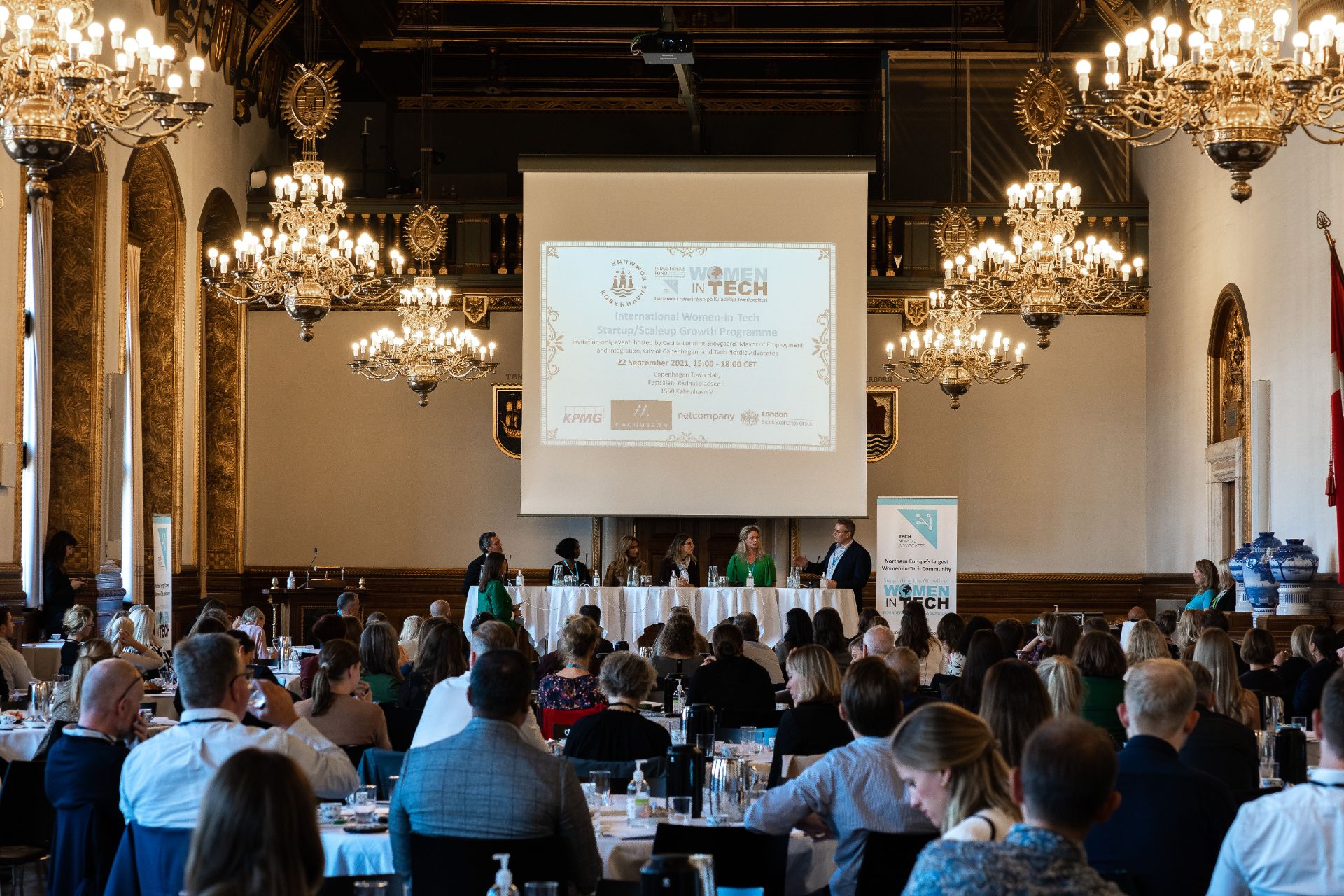 With networking opportunities, mentor programs, startup/investor matching, its own TNA Academy’ and ‘TNA Talks’ to stimulate digital/tech skills, a raft of events and Europe’s largest women-in-tech community and international growth program, Tech Nordic Advocates has become an invaluable “go-to” resource for anyone looking to grow and scale in the tech sector in the region.

“Magic happens when you bring the right people together,” says Jeanette Carlsson, Founder and CEO of Tech Nordic Advocates (TNA) as she reflects on a journey that started in London and now has tentacles right across the globe.

In 2012, serial entrepreneur Russ Shaw, CBE, with a long background in the tech and telco sector, could already see the potential of an increasingly digitalized world and the need for a private sector ecosystem to fill in the gaps the UK government could not. Forming Tech London Advocates he embarked on a mission to champion London as a global tech hub, to address some of the biggest challenges facing tech companies in the UK, including diversity, digital skills, immigration, infrastructure and access to funding.

“I could see startup tech ecosystems emerging, but what was missing was a diverse group of leaders coming together from the private sector with more of an independent voice” says Shaw.

Spreading Nordic wings
As the organization grew (now more than 20,000 business leaders, experts and investors across Global Tech Advocates volunteer their time) so too did the need to build it out into other regions. The Nordics, already enjoying success in the digital space was an obvious region to target, so Shaw persuaded Jeanette Carlsson, already an active mover in the tech industry, as global tech plc business leader, entrepreneur, mentor, lecturer and government advisor, to set up an offshoot. By 2015, Tech Nordic Advocates (TNA) was up and running. TNA has quickly established itself as a go-to for players of all kinds already operating within the industry and for those looking to join. Similar to the London community, members (advocates) have access to events and networking opportunities in their respective regions as well to those in other areas that have sprung up all over the world. TNA advocates can also tap into its global mentoring program, startup/investor scouting, competence building, women-in-tech growth and corporate/startup matching program. If you’re an investor looking for deal flow meanwhile, Tech Nordic Advocates is also an invaluable resource. You may be looking for a startup in Stockholm perhaps and having problems finding one that suits your criteria. As a member of the TNA community, you will easily and quickly be able to access not only other options in the Swedish capital, but all over the region. A Nordic twist

The focus of TNA’s events is more on helping members making the right connections than attracting huge numbers. “We have a maximum of around 120, sometimes less, says Carlsson. “There’s a clear objective to match people up and ensure that when you leave our events you’ve met everyone and spoken to everyone, so that something tangible comes out of it at the end.” A good recent example was the “Canada and Swedish Tech: Building inclusive transatlantic relationships” event hosted by TNA at the Canadian Embassy in Stockholm. Some 80% of those attending on the day were female tech founders at an event that highlighted both the similarities between the sectors in the two countries as well as a profound difference in terms of the numbers of female entrepreneurs. To put it in context, Canada lies well ahead, with some 15%, compared with Sweden at just over 5% and Denmark around 1% lower. “It made perfect sense for us at TNA to look to collaborate with the Canadian Embassy, to find synergies, create relationships and ultimately aid each other in our diversity and inclusivity goals, too,” said Barry O’Brien, who, as COO of TNA Sweden set up the event. 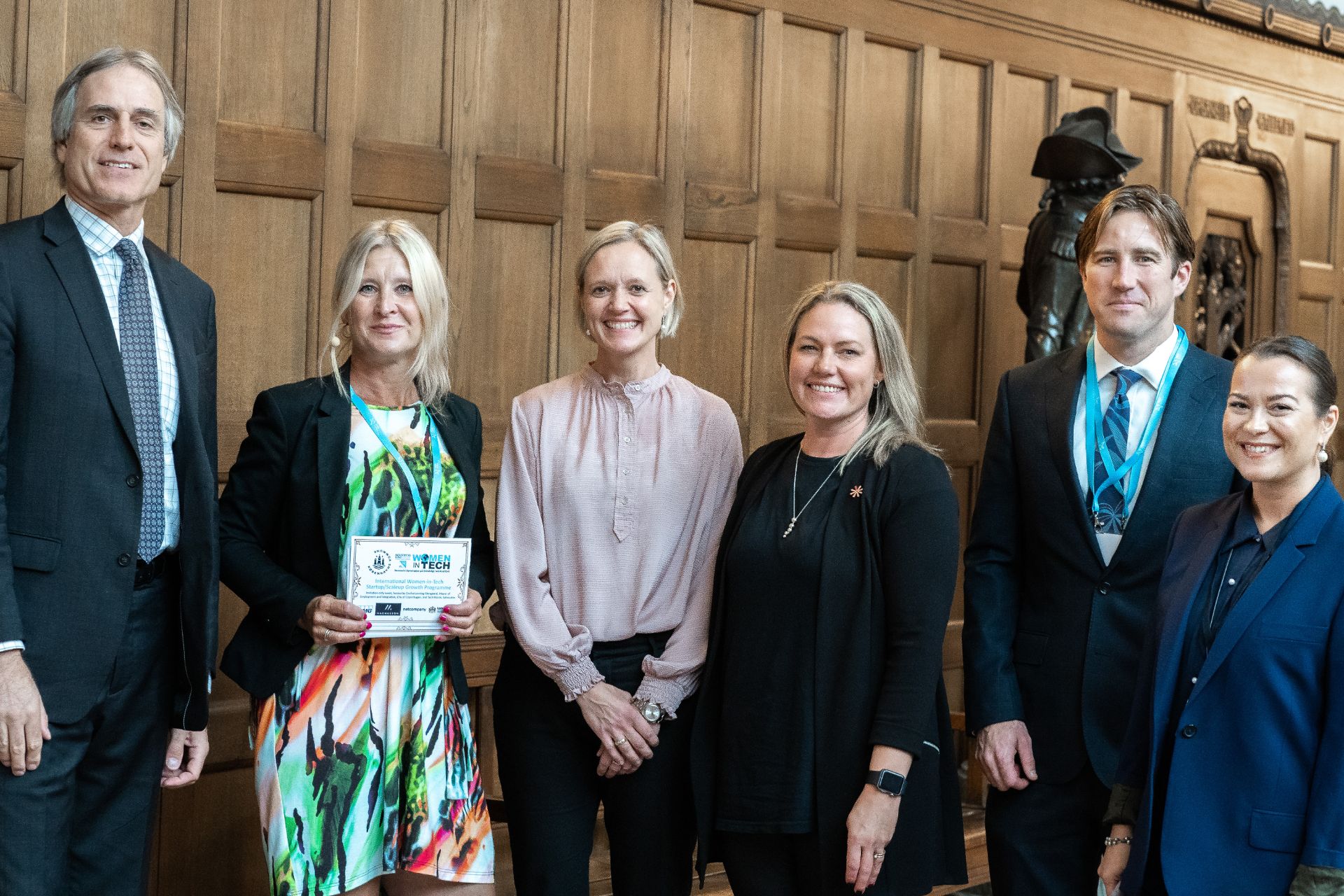 Mind the gap
That gap between the two countries underlined one of the many challenges facing the sector in general, even in an area seemingly as progressive as the Nordics/Baltics. As Russ Shaw says, “How are we going to build world leading digital products and services if they’re made up largely of white men? We need more women, more ethnicities, people from different backgrounds and those with physical disabilities to become part of the tech sector. It is biggest issue we have right now.”

In response, the global tech advocate network, that Jeanette Carlsson has been instrumental in setting up building on the success of TNA and which now comprises some 20 tech hubs around the world, is spearheading several initiatives. In the Nordic region, for example, there is a strong focus on the recruitment and mentoring of women. The Women-in-tech community – Northern Europe’s largest – is focused on supporting and strengthening female tech entrepreneurship, access to capital, the growth of women-led tech startups and scaleups through mentoring, growth acceleration, access to capital, national and international partnerships and events. A specialized Women in Tech program has been established. Meanwhile, the UK has seen the establishment of the TLA Women in Tech group, TLA Black Women in Tech, TLA LGBTQ group and TLA Tech for Disability group, to name just a few offshoots. 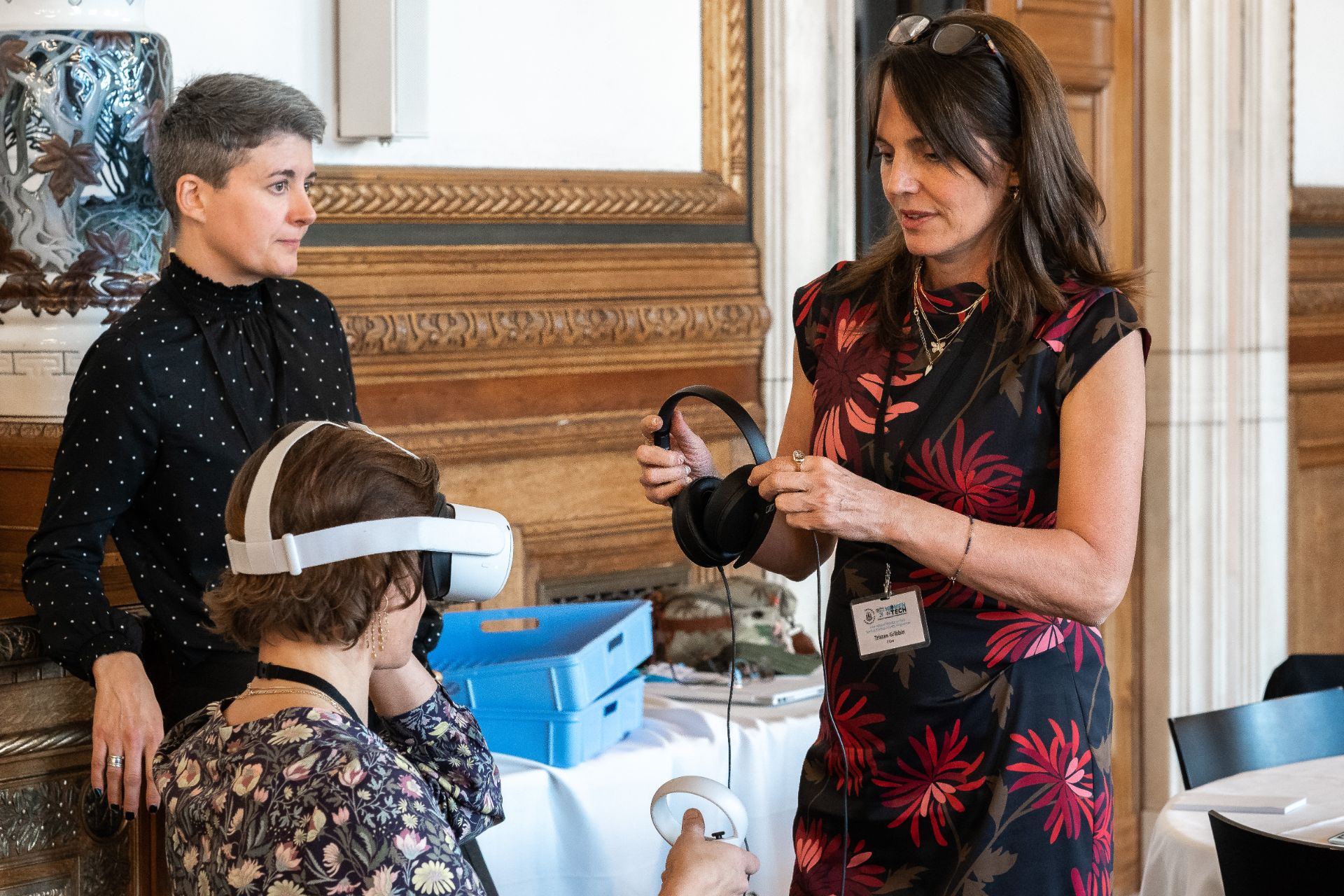 Where do the next generations come from?
Lack of diversity is one of several challenges both for the advocates’ communities and their sector. One that crosses all borders is the need to attract more talent. To emphasize the gravity of the situation, of about 1 million job vacancies in the UK, some 10% are in the digital and tech sector. Pinpointing the cause though is easier than finding the solution.

“It’s not just a government issue, the private sector needs to step up – they need to fund more of this because they will be the beneficiaries of a skilled workforce,” says Shaw. “If you talk to startups and scale ups they will tell you their biggest challenge is finding talent.”

The situation in the Nordics and Baltics isn’t much different. Carlsson and O’Brien agree that while it is encouraging to see an emphasis on females in particular studying STEM subjects (science, technology, engineering, mathematics) at school and beyond, there isn’t much in place to help them become entrepreneurs. This represents a potentially missed future opportunity, with research suggesting that companies set up by women tend to deliver higher ROI with fewer failing than their male counterparts. Unsurprisingly, this is an area of particular focus for Tech Nordic Advocates as the search goes on for more support. 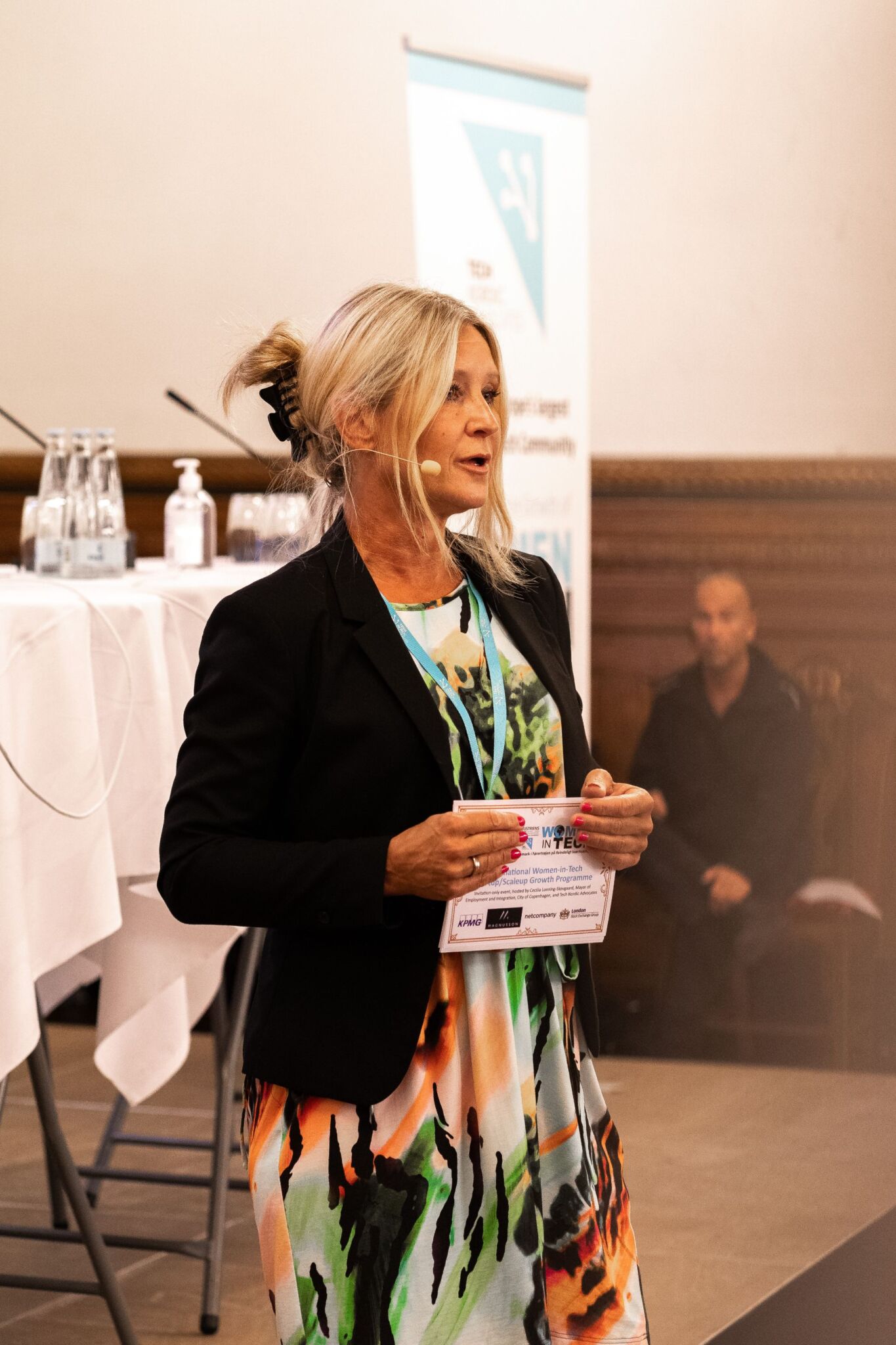 Joining the dots
Speaking of support, the search for investment is ongoing everywhere, not least in the Nordics, says Barry O’Brien. O’Brien, who is an active tech investor alongside his TNA role knows all about the challenges, which is why he promotes the benefits of membership in the organization.

“There’s a fundamental misunderstanding that tech companies have lots of resources,” he says. “The reality though is that you will often have one person to cover five, sometimes 10 countries. Networks like ours help to bridge that gap and make sure they have the best chances of success. Within minutes we can connect people with our counterparts all over the world. No one else in the region has that ready-to-go global network.”

Funding for Tech Nordic Advocates itself comes via solo and business membership fees, programs and sponsorships. In this respect, getting London Stock Exchange onboard recently was a major breakthrough in terms of attracting more investment from outside the region as well as within. “About 90% of venture investment into the Nordics comes from the region itself, with very little from Asia and other parts of the world. It sends a message that the London Stock Exchange goes hunting in the Nordics for their next IPOs,” Carlsson adds. 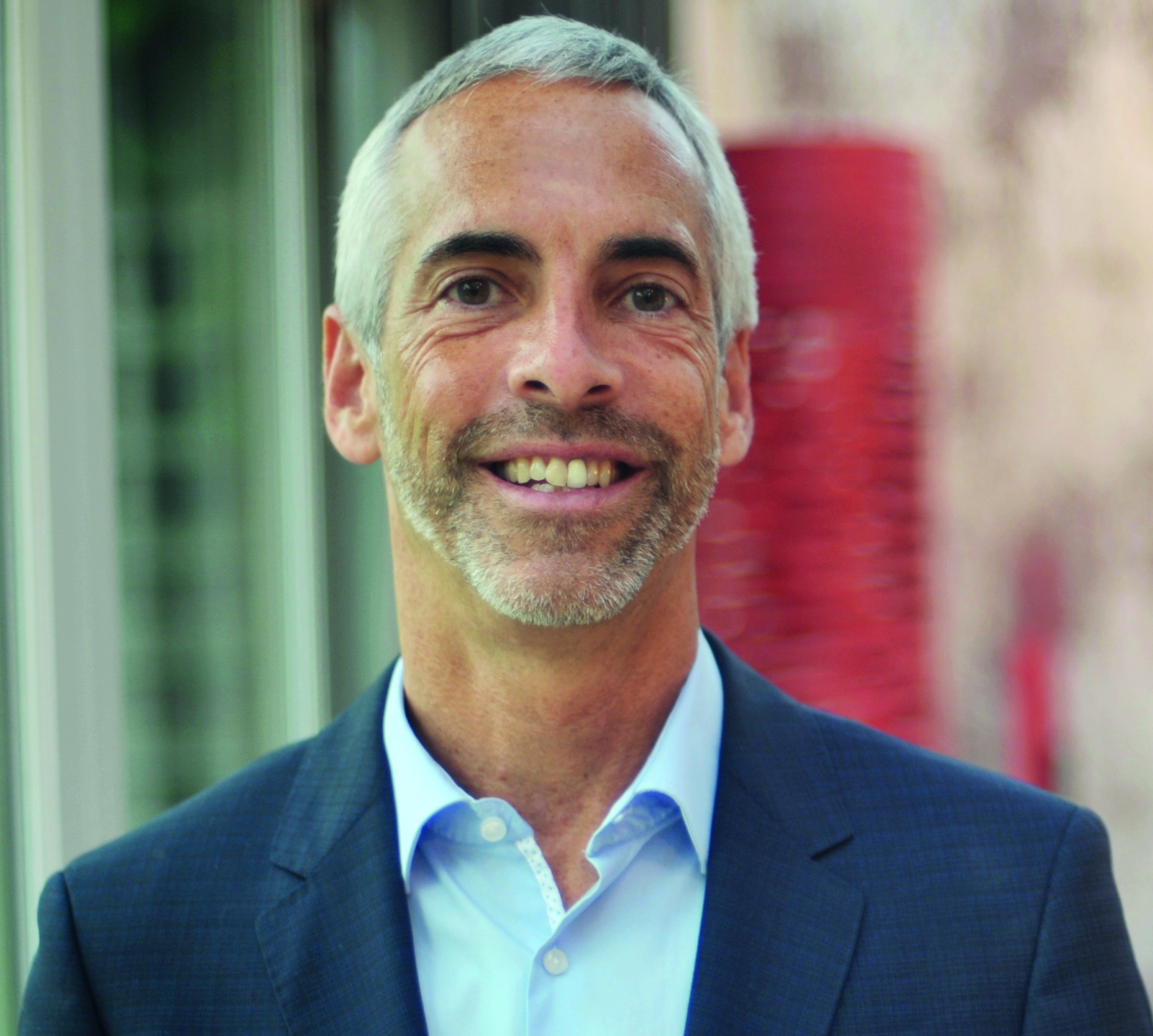 Stronger together
Meanwhile, although sometimes the various global hubs find themselves in competition, the individual advocates programs can help each other too. On a global basis, Russ Shaw strongly believes that the best way of tackling the issues is by getting the hubs to work together. In many ways, the Nordic and Baltic region, with its eight separate, but small countries, is a microcosm of the global ambition of the organization.

“We don’t want to create castles surrounded by moats, because we’ve seen that tech hubs that inter-connect with other tech hubs become stronger,” says Russ Shaw. “For example, if I see a fintech business here looking to expand into the EU, I can introduce them to Tech Nordic Advocates and say ‘maybe you should look into setting up in Copenhagen or Stockholm’, or if it’s someone from Singapore looking to come into the UK, we can bring them into our community. So, we’re doing a lot more work connecting people with each other.”

In the Nordics, the UK and beyond, the strength of any community lies with those working within it and the growth of the advocates’ network bears witness to Jeanette Carlsson’s original point about what can be achieved when the right people get together. But as if issues like diversity and talent attraction are not enough for Carlsson, Shaw and the tech sector at large, the clock is ticking on an altogether greater threat, one that involves all of us.

“We do have a challenge around talent and workforce skills but also colliding with that is what the planet is facing around climate change,” says Russ Shaw. “For that reason, Tech For Net Zero and COP26 are key focal points for me. The clock is ticking and we’ve only got a few years left to resolve these issues. If we can do that successfully I’m confident that technology will lead us through some of the biggest challenges we’re facing. But we need to get on with it!”