Nordic Start-Ups Are Dreaming Of Unicorns Reaching For The Stars

Even though the Nordic countries combined have produced a high number of Unicorns, individual companies are as different as the countries they come from. But their ambitions of becoming billion-dollar corporations are all the same. Meet the Nordic start-up scene.

The start-up fever has gripped the Nordic countries. Looking towards progressive centers such as Silicon Valley, London and Tel Aviv, Nordic intrepid and tech-savvy young entrepreneurs have embraced the buzzword and are beginning to place the region on the global map of start-up hotspots.

The ambitions of the new start-ups are high. Many hope to become the next Unicorn; an industry name given start-ups who reach a billion-dollar value. That label has historically been one that mostly American companies have been able to get, but this has changed. Today, Nordic tech-startups are reaching Unicorn status. An ecosystem of knowledge and venture capital has been established making the new generation of entrepreneurs bolder and more ambitious.

One of the Nordic companies with sky-high ambitions is Planday. The Copenhagen start-up has built an advanced, multi-functional online employee scheduling app and received close to USD 60 million in investor capital. It is a truly international tech-company with more than 200 employees and offices in Europe and USA.

Planday CEO Christian Brøndum has an ambition to become one of the next Nordic Unicorns. He has seen the Nordic start-up ecosystem develop over a decade, and notes that the Nordic tech-entrepreneurs have firmly embraced the international mentality essential for having global success.

“The mentality of the new generation of entrepreneurs is amazing. A lot of them have realized that growing a business today isn’t just about conquering your national market. The new generation of entrepreneurs are born global. That is a central change of the mindset which makes the uture look very promising for Nordic Start-ups,” says Christian Brøndum.

Christian Brøndum is a keen observer of the start-up ecosystem. He points towards the accumulation of knowledge among founders as being a central reason why things are picking up speed right now.

“There has been an explosive development over the last decade. Especially in Stockholm, where successful entrepreneurs in some cases are building their third or fourth company. It’s also happening in Copenhagen, even though we might be at a level where the Swedes were a few years ago. But it’s still very positive.”

There are good reasons for the Planday CEO to highlight Sweden as the Nordic country which has the best start-up track-record. Sweden have by far the largest population in the Nordic region and is historically a highly industrialized country, having given birth to corporations such as Volvo, IKEA and Ericsson. Today these brands are supplemented by new tech-names like Spotify, iZettle and King Digital Entertainment.

Several noteworthy reports about the Nordic start-up ecosystem have been written recently. They add up to a fascinating story about how far the Nordic Region” by Copenhagen Economics. It names the 15 most valuable VC-backed Unicorns in the Nordics over the last 20 years and values them at USD 74 billion. 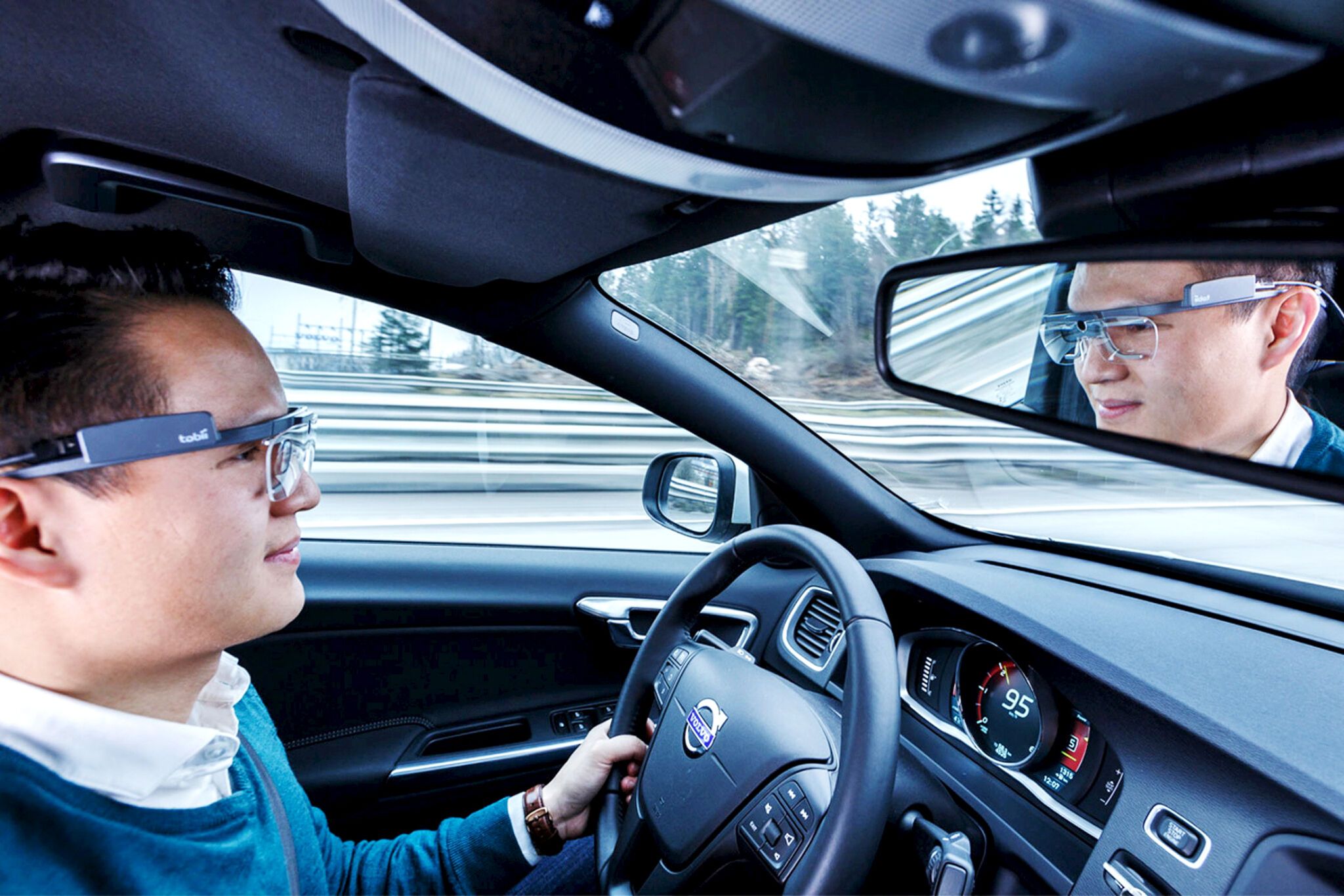 A young man wearing Tobii Pro Glasses 2 drives a car. Since John Elvesjö noticed a sensor tracking his eye movements in a lab experiment, the technology he developed with Henrik Eskilsson and Marten Skogo has helped disabled people use a computer by identifying where they are looking on the screen. Photo: HANDOUT/Scanpix Denmark

The drivers behind innovation

The Copenhagen Economics analysis is partly built on another very thorough report, it was involved in creating. The report was funded by four Nordic venture capital associations and has its own website, Nordics.vc. The report underscores that the Nordic Countries have come a long way. It concludes that no other region has produced as many Unicorns per capita as the Nordic countries have in recent years.

This fact is also apparent when it comes to the density of the so-called scale-ups – a definition for high-growth companies. Today, the Nordic region outperforms the rest of the European continent. The Nordics are home to nearly 1,000 scale-ups. That amounts to 3.4 scale-ups per 100,000 inhabitants. In terms of scale-up density, it is far ahead of the European average of one scaleup per 100,000 people.

One of the companies experiencing high growth which is mentioned in the report at Nordics.vc is Tobii. The Swedish start-up was an early developer in eye tracking technology. It started as a three-man startup in 2001, grew fast and eventually became a publicly traded company in 2015. Today it employs 1,100 people and has a Market Cap of nearly USD 2.7 billion.

John Elvesjö is a co-founder of Tobii. He left the company management a few years ago and today focuses on building new start-ups through the venture firm Brightly Ventures. In the report he explains why he thinks Sweden and the Nordics have produced more billion-dollar exits per capita than any other region. 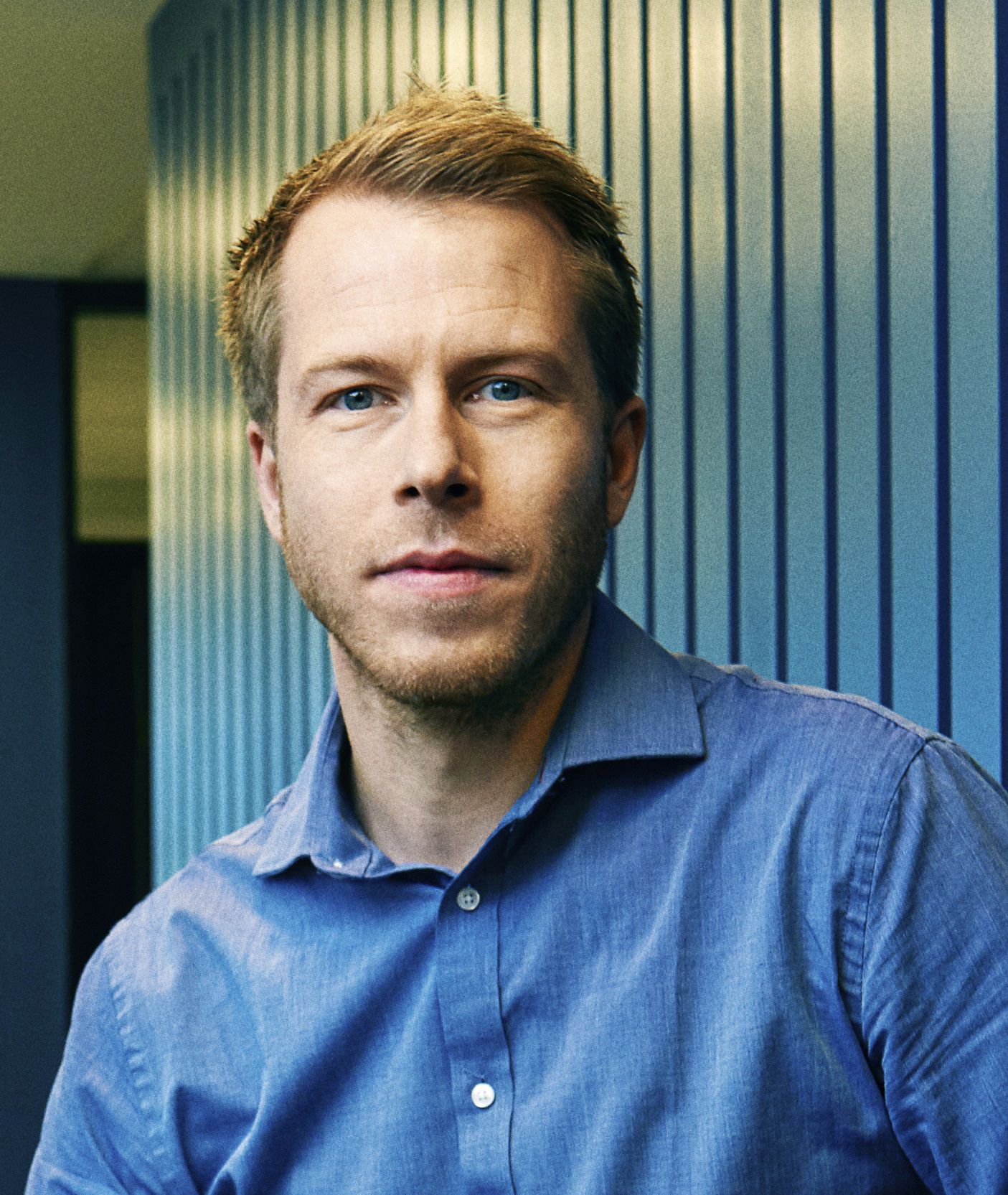 “It’s a mix of many things. The culture is right, people are ambitious, people are also caring for their life outside of work, who we involve, how we question things – the culture is just right. That’s the most important driver behind innovation and entrepreneurship here,” says John Elvesjö.

“But of course, you have more tangible things, like government support, the infrastructure of higher education, communication, they’re all in place. The VC market is big and available for many, so that helps a lot.”

Even though Sweden stands out as the Nordic country with the most vibrant start-up community, the rest of the region is not far behind. Finland also shines brightly. Its thriving software industry builds partly on the knowhow created when we all had Nokia mobile phones in our pockets. When the smartphone arrived Nokia suffered, but Helsinki quickly progressed into being a major global hub for smartphone games. Remember Angry Birds, Best Fiends and Clash of Clans? All these games are from Finland.

Trustworthiness and loyalty
Every Nordic country has its strengths. The report from Copenhagen Economics shows that the majority of venture investments in Denmark is targeted at Life Science. In Finland 45 percent goes toward software, in Sweden Life Science and tech investments are equally high, while in oil-rich Norway the highest amount of venture capital goes towards the energy sector.

But these statistics can be misleading. Norway, for example, is much more than oil and natural gas. An interesting example is Xeneta. The company is an ocean freight rate benchmarking platform that brings price transparency to the shipping industry.

Xeneta was founded in 2012 in Oslo by Patrik Berglund and Thomas Sørbø and has raised USD 30 million in investments so far. Patrik Berglund explains that even though Norway is not perceived as a traditional start-up country, he does not see any reason why it should not be. His plan is to continue building his company with a headquarter in Norway.

“There are many benefits from staying here. The country is perceived as a shipping nation, even though we don’t have any container shipping lines. So that’s sort of a paradox, which we played to our advantage. Norway is also perceived internationally as a trustworthy country which is valuable when working with proprietary data. You also see a great level of loyalty amongst employees here, which is valuable,” says Patrik Berglund.

“On top of that, we’ve been able to attract exceptional talent. Out of our 90 employees, about 10 are Norwegian and the rest are from more than 35 different countries. I hate the notion that it’s not possible to build a tech company here – there’s plenty of arguments to stay here and build a great company.”

The Nordic countries have come a long way. From being somewhat of an entrepreneurial backwater 20 years ago, the region is presently well on its way into the start-up premier league. Today there is no stopping the new generation of Nordic entrepreneurs from reaching for the stars and dreaming of Unicorns.

Nordics.vc: The website hosts a thorough report describing the development of start-ups and venture capital in the Nordic countries. The report was funded by four Nordic venture capital associations and partly written by the economic analytics bureau Copenhagen Economics.

Copenhageneconomics.com: The publications on the website of Copenhagen Economics contain several reports that consist of extensive analysis of the venture capital and start-up scene in the Nordic Countries.

Risingnorth.org: Rising North was an impact fund of 1.5 million euros granted to support the Nordic startup ecosystem through pan-Nordic initiatives during 2016 – 2018. The website gives in-depth information about central topics and describes the policy recommendations the governments of the Nordic countries were presented with.