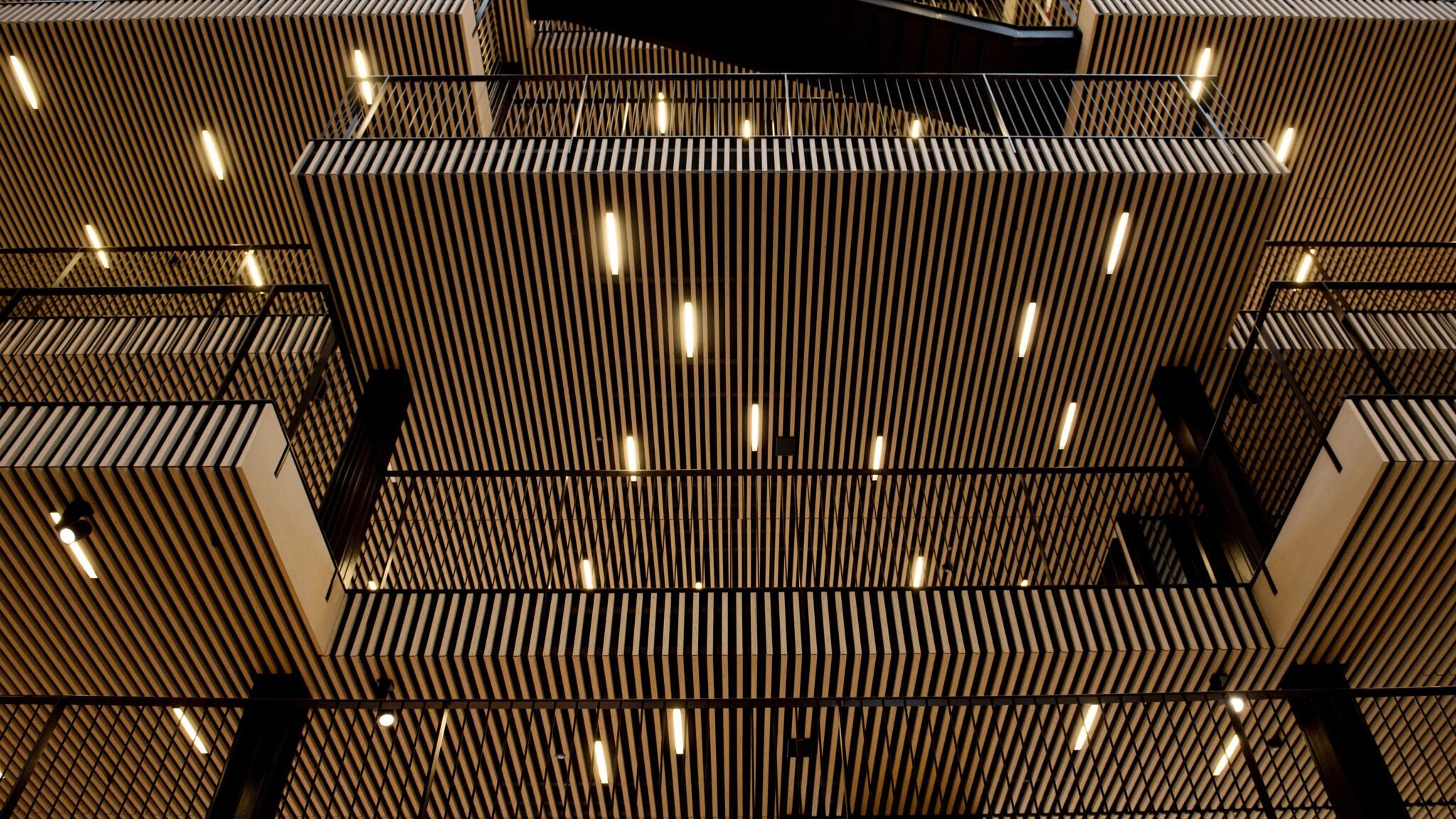 Danfoss’ start-up department will be one the first to move into a 5,000 sqm large house called Rainmaking by Pier46 on Langelinie Allé.

A walk along the harbor district of central Copenhagen reveals more than historic impressions of commerce and power. The stroll also shows the footprint of the new generation of tech entrepreneurs who are changing the cityscape.

In the first decade of the millennium Copenhagen was overshadowed as a tech start-up hotspot by rival Nordic capitals Helsinki and Stockholm, but around ten years ago things began to change. A new generation of intrepid young and technology wise people began clustering to develop a Danish version of the vibrating entrepreneurial scenes seen in other major cities. Their footprint is obvious today.

Not only because they were the front-runners of a new generation of working people with new values and ambitions, but also because they contributed to changing the cityscape of Copenhagen. Maybe not when gazing at the historic spires and new high-rises of the city, but certainly when you observe it at the street level with its abundance of co-working spaces and chic cafe’s lined with laptops and working young faces.

They are worth meeting, and their history is worth telling. Join Nordic Business for a stroll through Copenhagen tracking the footprint of the startups, who are defining the industries of tomorrow.

A new kind of cooperation

The obvious place to begin our journey is the neighborhood of Islands Brygge. Situated in an area which 30 years ago was a rough working-class district west of the historical center of Copenhagen, we find “Founders House”. This is one epicenter of the modern tech start-up scene in the Danish capital.

The architecture is one of commerce and industry as it was a hundred years ago. In the backyard of a city block we find a large rectangular brick building, its five stories lined by rusty railway tracks embedded in a pavement of cobblestones. This used to be a central distribution center of the cooperative grocery association FDB, supplying produce such as eggs, milk and flour to the city population. This is the place where ten years ago a group of intrepid young people built the foundations of the new tech-scene in the Danish Capital. One of them was Tine Thygesen. She was about 30 years old back then and had just returned from a successful business adventure abroad. She was determined to spread some of her new earned skills and started the co-working space, Founders House, in the old and worn FDB buildings. 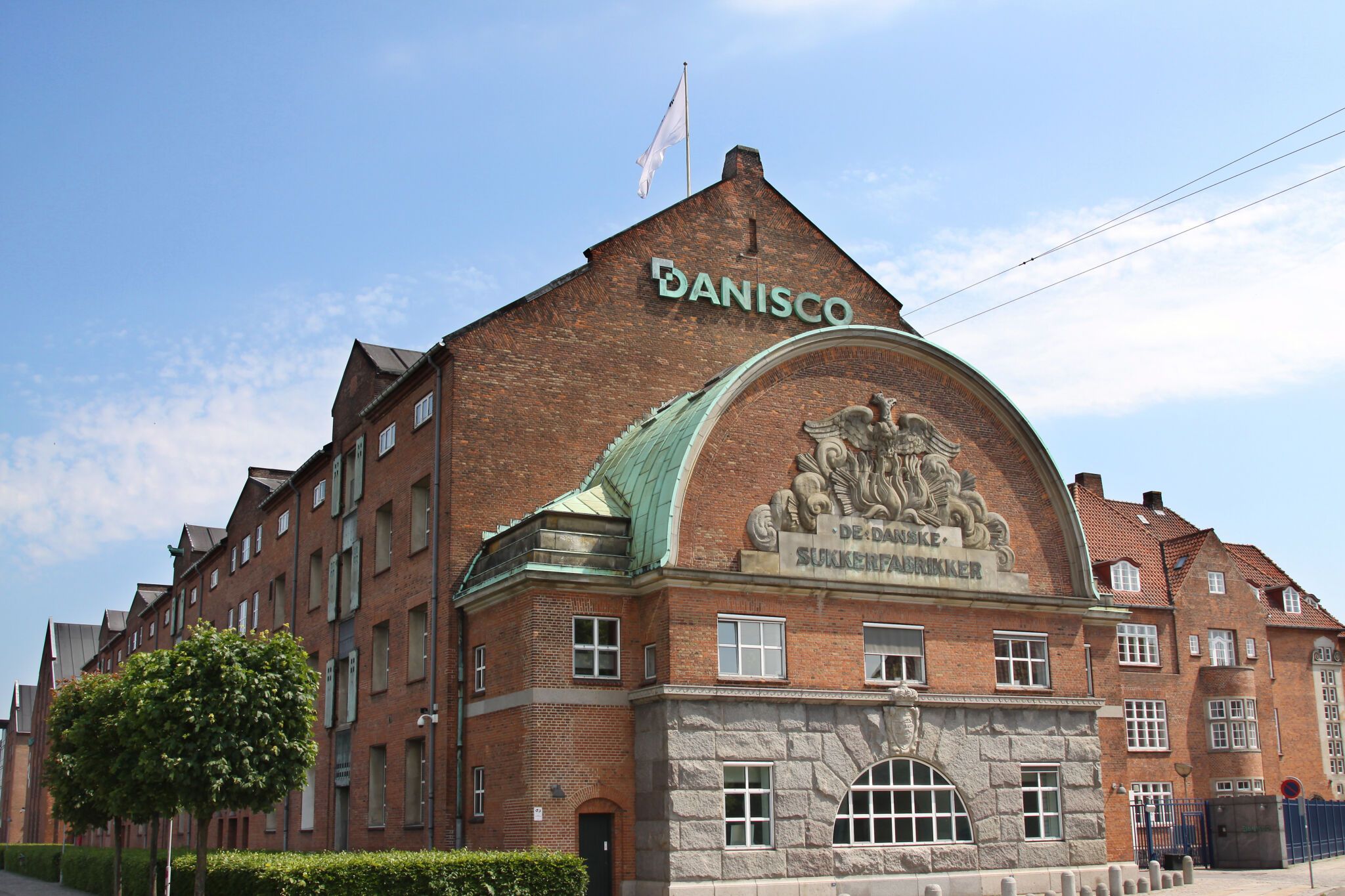 A historical sign of commerce in the Danish capital is the historical brick building of Danisco, a sugar producer and distributor with ties all around the globe. Photo: Scanpix

“The tech entrepreneur community was extremely small back then. It seemed like we were just 25 to 50 people. Everybody knew each other. Sometimes we would meet up for a beer Friday afternoon and we only needed one table to sit at. Everybody brought beer because nobody had any money,” says Tine Thygesen.

Values of a new generation

In the aftermath of the financial meltdown in 2008, things were not moving fast in the Danish capital, but the crowd of young people at Founders House was determined to change that. Not only were they focused on creating new products and business models on upcoming technologies such as cloud computing, social media and smartphones, they were also focused on establishing the businesses together. They wanted to shape the future, and they wanted to do it whilst having fun and in cooperation.

“It’s not only because it’s nice and cozy to work close to your peers when you are a small team, it’s basically a question of gaining advantages. Instead of everybody spending time on addressing the same challenges, we try to help each other. We share information on what’s new and how to solve certain problems. That’s extremely efficient,” says Tine Thygesen.

This became a starting point not only for the growth of the Founders House neighborhood, which is known as Startup Village today, and houses companies as Vivino and Planday, who employs hundreds of people. It also became a starting point for the tech start-up methodology which since has spread all over Copenhagen, creating new hotspots all over the place.

The industry is catching up

If you stroll further east from Founders House along the harbor canal dividing central Copenhagen, the start-up footprint becomes obvious in several ways.

Walking east along the pier, you see the historical signs of commerce in the Danish capital. On the northern side rises the 400-year-old spire of Børsbygningen, the goods and stock exchange building of King Christian IV. On the southern side you pass the historical brick building of Danisco, a sugar producer and distributor with ties all around the globe. 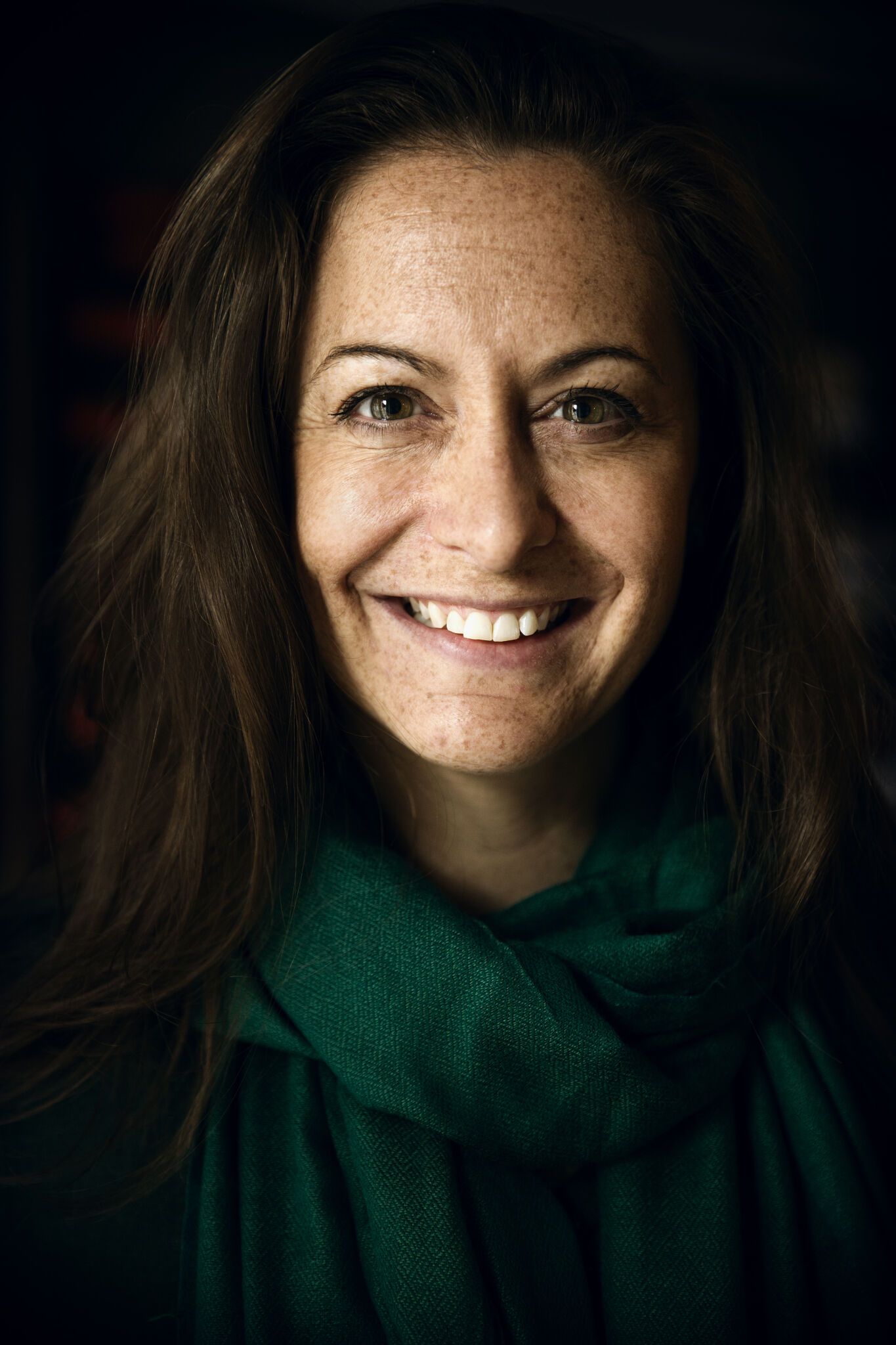 Tine Thygesen has been a part of the Danish tech entrepreneur community for a decade. Today she develops co-working spaces in the Nordic countries. Photo: Tine Thygensen

A few steps further east and a turn to the right brings you to an example of how the start-up methodology has changed industries. Here we find the building housing Copenhagen Fintech, an organization and co-working space supported by corporations in banking, insurance and pension funds. It was founded five years ago. Today more than a hundred financial tech start-ups reside here.

The CEO of Copenhagen Fintech, Thomas Krogh Jensen, explains why the financial sector suddenly found it imperative to start and support the growth of new tech-based companies, which might become future competitors one day.

“When you look at disruptive technologies, there are basically two ways of addressing the challenges stemming from it, if you are an established corporation. One is to close your eyes and hope it all goes away. The other is to embrace the new world and become a part of it. This sector saw early on that this wasn’t something that would disappear, and that you might just as well get it to work to your advantage,” says Thomas Krogh Jensen.

It is not only the financial sector which is eyeing and actively pursuing the next industry breakthrough using start-ups and entrepreneur methodology today. Almost all sectors are. But alongside that development, the tech entrepreneurs are also pursuing their own projects, and this becomes evident if we keep on walking east in the Danish capital.

Arriving in the neighborhood of Christianshavn, the cafés are inhabited by young tech-savvy faces tapping the keys of their laptops, talking and sipping coffee. We leave the harbor front behind and pass the free city of Christiania on our right, the green wooden fences hiding the 1970s squatting experiment which today has become one of the city’s main tourist attractions.

Now we are on the old navy grounds. However, today the large harbor area has been transformed from strictly military ground into a thriving new neighborhood with new houses supplementing the old buildings originally designed to hold gunboats, shipyards and the like. Situated in a long yellow brick building, we find the organization of Rainmaking. It’s an organization housing co-working spaces, start-up accelerators and investors. It was originally founded five years ago and today consists of ten offices in Europe, Asia, North America, and The Middle East.

The kicks of being an entrepreneur

Kasper Vardrup was one of the founders of Rainmaking. He believes that the explosion in the number of tech start-ups in the Nordic countries, as well as the rest of the world, is not only driven by industrial demand and the development in technology. It is also a mirror image of a generation of young people who are determined to grab hold of their own destiny. 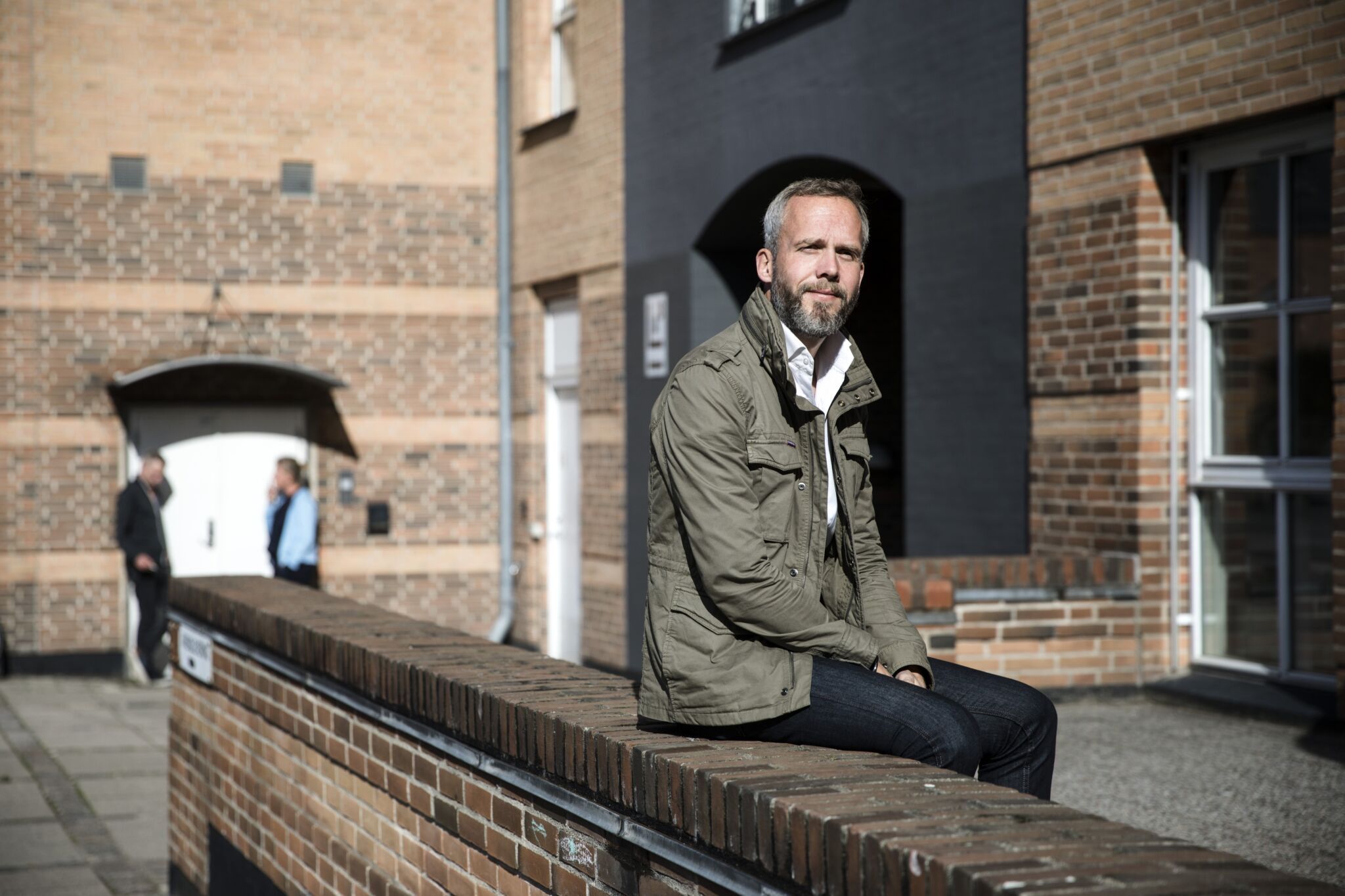 “People are inspired and driven by different things, but for me it’s always been central to experience the freedom of organizing my own professional life. Furthermore, there is something magical about fulfilling your own dreams. That’s extremely exciting, and when you succeed, it feels fantastic,” says Kasper Vardrup.

This is something a lot of young people strive for today, but Kasper Vardrup emphasizes that even though the lifestyle might seem alluring, it is probably not suitable for all.

“There is a flip side to being an entrepreneur. You are selling your dream to other people and they respond by presenting you with sky-high expectations. That translates to pressure. Sometimes it’s a tough and lonely experience trying your luck with a start-up. It’s not for everybody,” says Kasper Vardrup.

The footprint of a generation

Back to Tine Thygesen who was a driving force in creating Founders House at the beginning of our journey. Today, she has expanded her vision creating start-up co-working spaces through Creators Community, a concept which is presently represented at several locations in Copenhagen and the Norwegian capital Oslo.

She believes that a new generation of young people are transforming the traditional relationship between employee and employer – something established businesses and
industries better catch up on.

“I believe we are a mirror image of a new world. My experience is that a lot of young people yearn to work with something that leaves them with the sensation of actively changing things. They want to leave a footprint,” says Tine Thygesen.

“They want the freedom to choose when and where they work, and that’s another important trademark of the start-ups. Often, they don’t demand the usual office hours of their employees. The important thing is the output – not the hours spend at work. The modern entrepreneurs are the footprint of a new generation.” 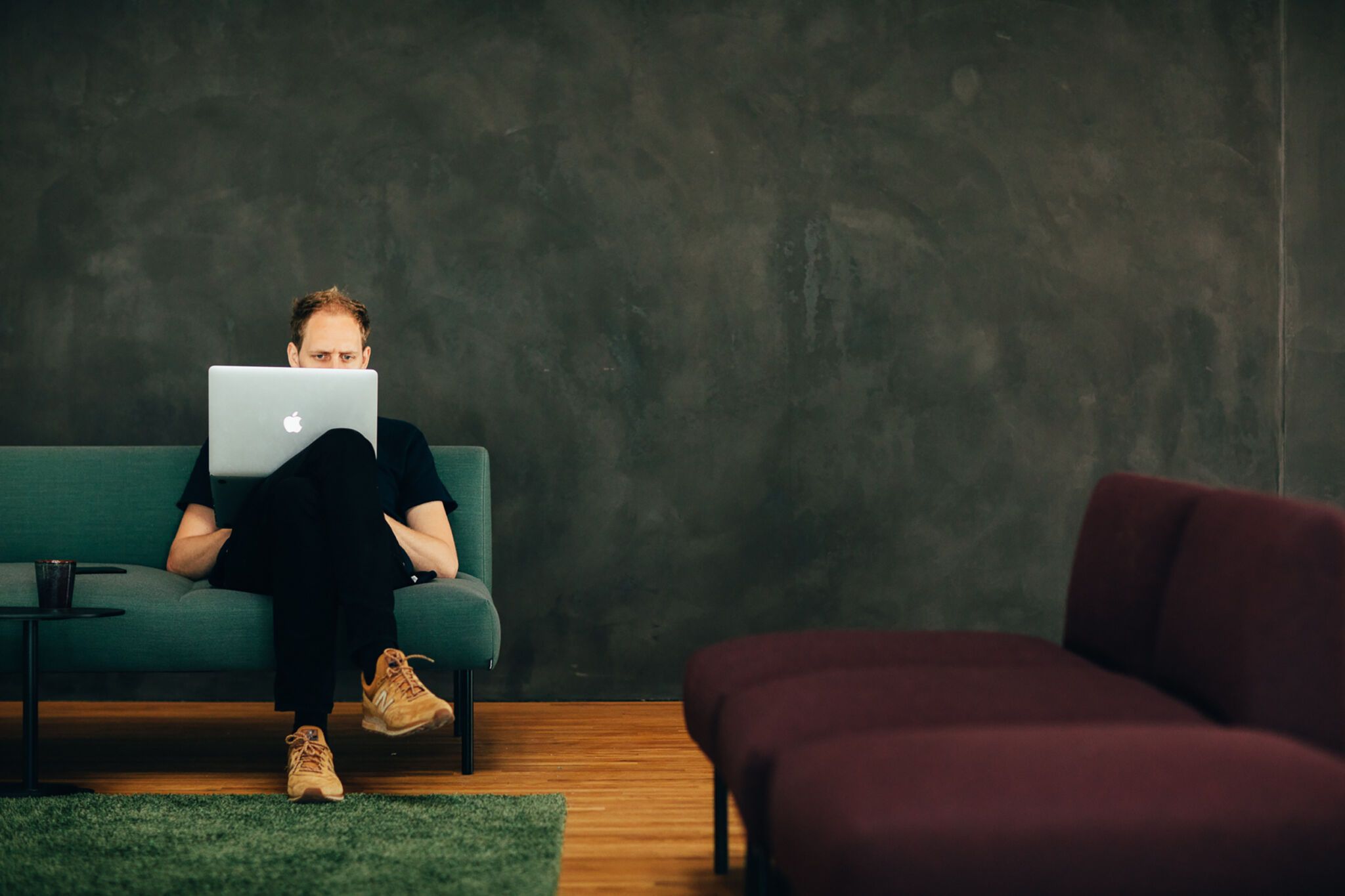 Today Kasper Vardrup is an investor and mentor for several start-ups. His base is Rainmaking, a co-working space in Christianshavn.

People are inspired and driven by different things, but for me it’s always been central to experience the freedom of organizing my own professional life. Furthermore, there is something magical about fulfilling your own dreams. That’s extremely exciting, and when you succeed, it feels fantastic