Within just a few years, the Danish property market has gone from being extremely local to emerging as a favourite of many global investors. But while the flow of foreign money into Danish real estate might seem endless, it is not. Over the long term it will be happy clients rather than higher prices that will bring home the returns.

Few property companies will be known to ordinary Danes. But most Danes will have heard of the U.S. investment giant Blackstone.

In the autumn of 2018 a majority of Danish MPs agreed to tighten a piece of legislation that made it possible to put up rents following renovation of a property. This particular paragraph of the law had been passed in the 1990s in a deliberate effort to raise the standard of the housing stock. But now the paragraph came to be seen in a new light: as a short-cut for unscrupulous (foreign) capitalists seeking an end to cheap rental homes in Denmark purely for the sake of short-term profits. Justifiably or not, Blackstone became the face of this unscrupulous capitalism.

It is true that Blackstone has bought heavily into Danish residential properties. But since 2018 the Swedish property companies Niam and Heimstaden have been far bigger investors, and many others have joined the field. Property acquisitions took a steep dive before and after the spring of 2020, when the disputed paragraph was changed to the detriment of property companies. But since then, the speed of acquisitions in residential properties has come back stronger than before, and most of the buyers are still predominantly international investors.

This development tells a story about the Danish property market over the past decade: When the lucrative paragraph was still in effect, foreign property companies did use it – but so did Danish property owners. It wasn’t the paragraph in itself that attracted them to the market. They simply like Danish residential homes.

Relative to its size, the Danish market attracts more foreign capital than any other property market in the Nordics. Foreign investors are easily behind some two thirds of the turnover on the Danish real estate market, while smaller properties and properties in smaller towns are mostly of interest only to Danish investors.

Several factors play into this.

While all of the Nordic countries are famed for their solid economies, Denmark’s economy is by far the most solid of them all, at least where public debt is concerned.

And Denmark really was virgin land to international investors. Before the financial crisis, the Danish market seemed very local. Properties were typically owned either by pension funds which also used residential homes for the benefit of their members, or by local property companies, or by property users themselves. They expected high returns for themselves and found it hard to understand foreign buyers coming in seeking ever lower returns.

Yet it is overwhelmingly the residential market that has attracted foreign capital. Other categories of properties have seen a more moderate trend. Denmark was never a big market for offices – around Copenhagen the geographical location always allows for new builds just a few kilometres away, which puts a lid on rents for the benefit of Danish businesses but somewhat to the detriment of property owners.

For a while, foreign investors were buying up office and retail properties on Strøget, the main shopping street in Copenhagen, but that market has currently gone cold due to the lack of tourists that most shops make their living from. Finally, like everywhere else in Europe, Denmark has also seen a fair amount of investment in logistics and hotel properties.

For the property industry in Denmark, the current situation is not just a matter of making the most of the good times while they are here. Preparing for market conditions to change at some point it also critical, says Martin Vang Hansen, CEO of ATP Ejendomme, one of the biggest property companies in Denmark. 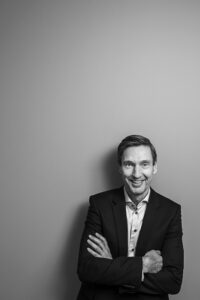 “We are seeing capital flows from abroad to the Danish market at a record high, and that’s been the case for some years now. That means expected returns are under pressure. We are obviously thinking that at some point the capital flow from global markets will ease off. Then what? Will there be a slowdown, or will there be a new steady state? We don’t know, and we also don’t know when that might happen. But we do believe we’re at a late stage in the cycle of capital flows and that competition for clients will continue to be strong. So, what we’re putting our efforts into right now is getting really close to our clients to keep them happy – and running our business even more efficiently in terms of things such as digitalisation and prop tech.”