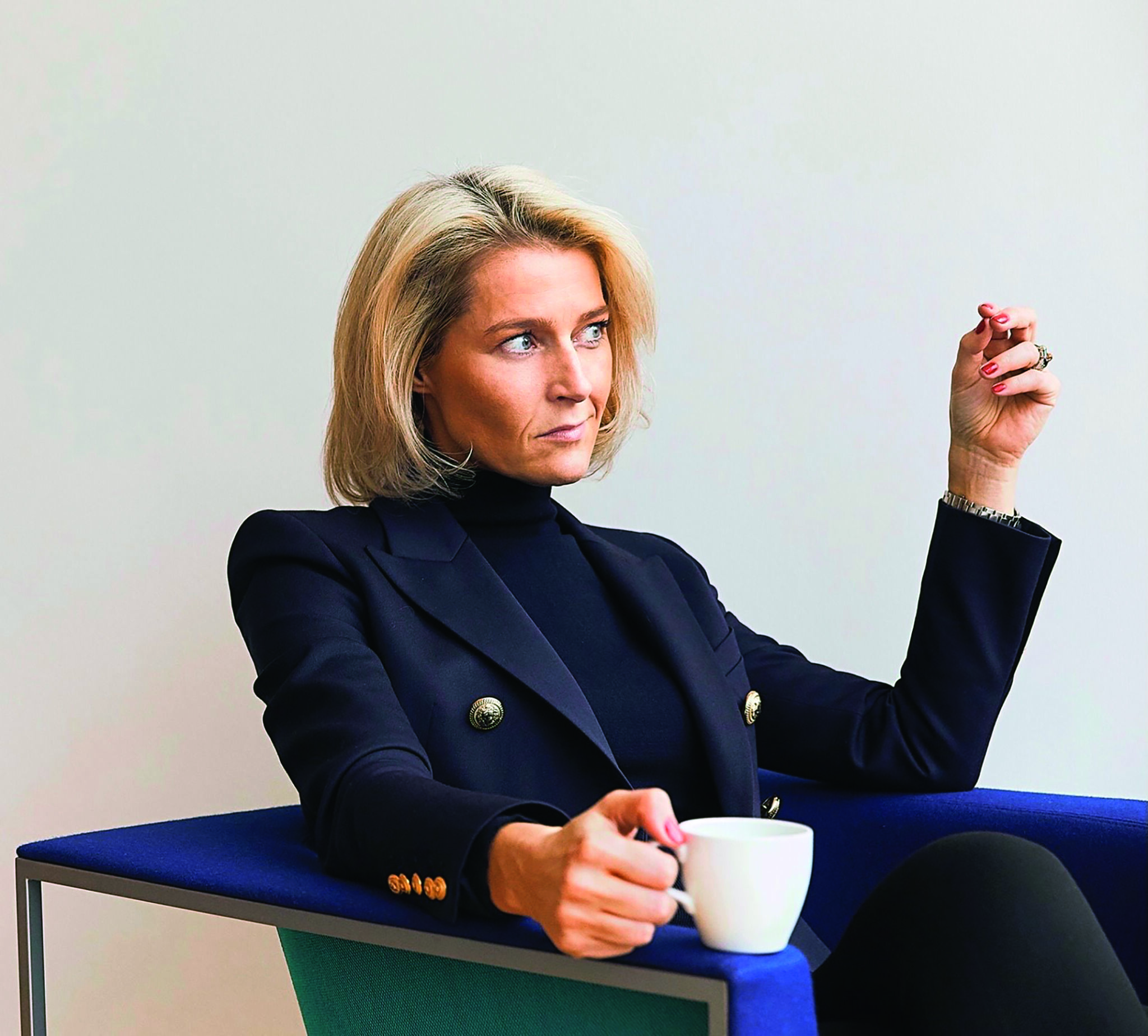 It is a proven fact that a focus on diversity – including gender diversity – is good for the bottom line. Yet Danish tech companies remain far behind on gender equality – especially at the highest executive level. Anders Fæste and Marianne Dahl from Boston Consulting Group offer solutions ranging from maths teachers inspiring more girls to take up STEM skills to social media engaging in a less condescending tone towards female top executives.

A growing number of studies have offered clear evidence that companies get a boost to their bottom line by working to improve diversity – including gender diversity – at both the management level and across the organisation as a whole. “We need diversity, and not just for diversity’s sake. It’s indisputable that diversity creates value for companies. We see that both in key figures like the bottom line and shareholder dividends and in the shape of more innovation, more creativity and better working conditions. It’s just more fun and more inspiring to be in a workplace with a multitude of different people rather than copies of the same prototype,” says Anders Fæste, Managing Director of the Denmark office of global consulting giant Boston Consulting Group (BCG). Yet according to BCG, only some 11 percent of companies see their work on organisational diversity as directly linked to value creation. “There’s still a fair amount of cynicism suggesting that companies which boast high diversity are firms that were already doing well to start with. But luckily, I think we’re moving away from that scepticism. It’s good for your business to work on diversity. That’s a fact and that will start to be more widely recognised.”

Denmark in freefall
Indeed, there is much room for improvement. Denmark is famous for its gender diversity in many areas but still falls short when it comes to getting more women into top management. Just 12 percent of the CEOs at Danish companies with more than 50 employees are women. And over the past 15 years, Denmark has been in freefall on the World Economic Forum ranking of countries based on gender diversity in management, dropping from number 53 in the 2006 survey down to number 101 in the latest ranking. Women are still mainly seen in support functions and management positions with no direct bottom-line responsibility. Among executives with bottom-line responsibility, men dominate with 86 percent. And that worries Anders Fæste. Especially if we see the current pipeline as an indicator of the future gender distribution among top executives. “The first, very significant loss of women happens in the educational sector which is still very gender divided in Denmark. Women are still poorly represented in natural science, technology, engineering and finance studies, which are the fields of education that generate the most executives. That problem is made worse by companies continuing to recruit from a narrow range of education. A lot of CEOs have been saying that we need more diversity in education, but if we look at how companies recruit, they still think along very traditional lines in relation to their own industry and background.” 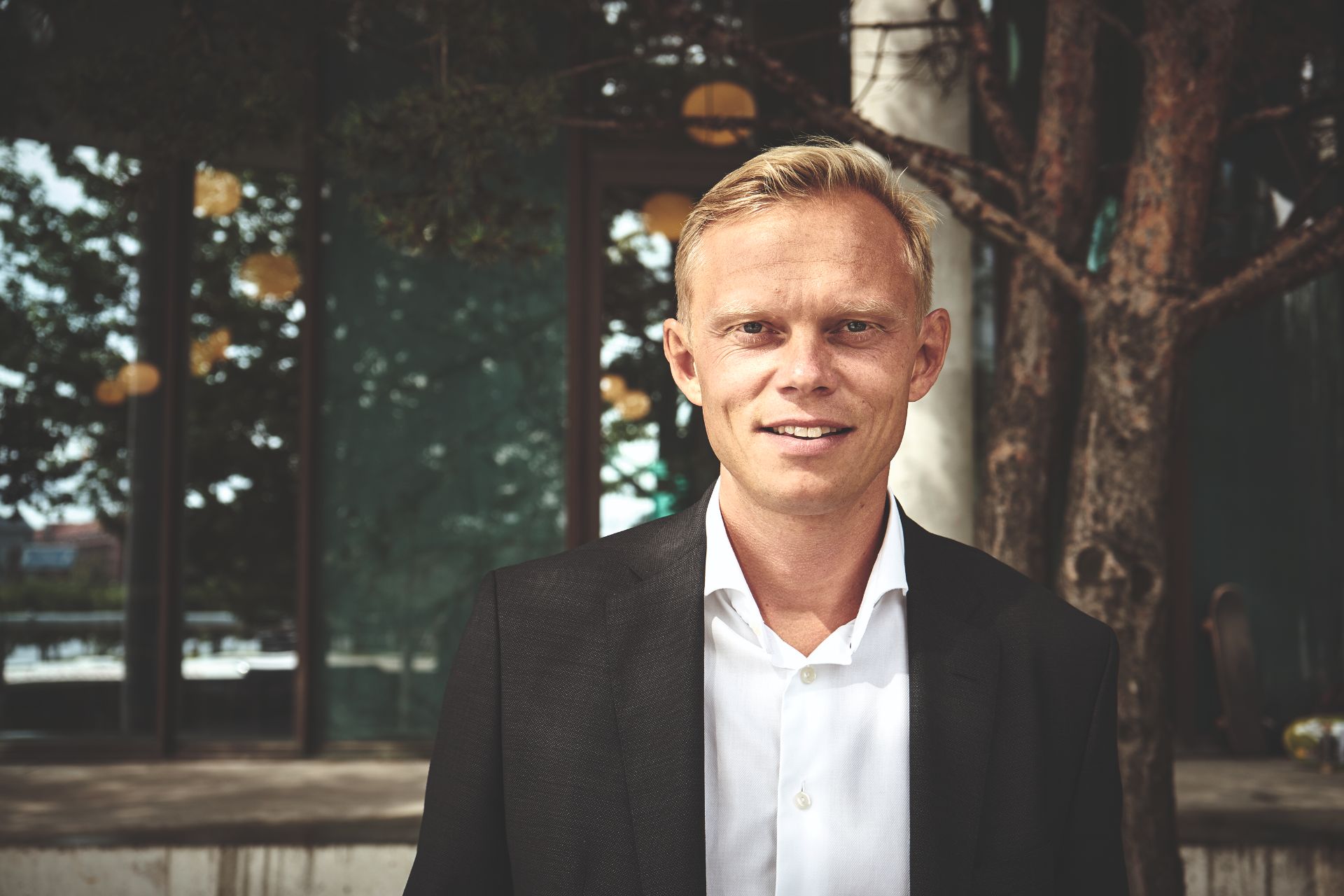 “There’s still a fair amount of cynicism suggesting that companies which boast high diversity are firms that were already doing well to start with. But luckily, I think we’re moving away from that scepticism. It’s good for your business to work on diversity. That’s a fact and it will start to be more widely recognised” Anders Fæste, Managing Director of Boston Consulting Group (BCG) in Denmark.

The teacher is the earliest role model
The pipeline of future leaders in tech is also negatively impacted by women being underrepresented in STEM education (Science, Technology, Engineering and Mathematics). Today, women make up just 9 percent of executives in the Danish tech industry. That leaves far too few female role models. An important part of the solution is to bring role models into girls’ lives at a much earlier stage, says Marianne Dahl, the former CEO of Microsoft Denmark who joined BCG Denmark on October 1 this year as a Managing Director & Partner responsible for Digital & Sustainable Transformation. “The fundamental problem in Denmark compared to other countries is that girls tend to choose different education routes to boys. If we want more girls to take up STEM subjects, we also need to remember that teachers of physics, maths, chemistry and other STEM skills in schools and high schools are the first potential role models that girls will come across. Both the education sector and teachers need to be more aware of that. Out of the current generations of mothers, there are far too few women trained in natural sciences. We really need to lean on teachers at schools and high schools.”

When the candidate looks like you
The next hurdle is recruiting women in tech. It is a long, hard pull to fight against the unconscious bias that makes recruitment so lopsided now, because managers tend to promote people like themselves. As an organisation, BCG has been dragging itself through that necessary process. “There’s an inertia that happens across the recruitment process, and if you don’t actively try to turn that around, those negative mechanisms simply become self-perpetuating. If you don’t blend diversity into all levels of the organisation, it doesn’t work. At BCG we’ve succeeded in some areas, but not all. We have broadened our recruitment process and now have a balance of women and men at the starting level,” Anders Fæste says. Women drop out at the senior level The real challenge is maintaining that gender balance in management when people reach the senior level. “We have Marianne coming to BCG, and our ratio of women in management is constantly improving, but that takes major changes both in our recruitment and our daily way of operating,” Anders Fæste says. Marianne Dahl adds: “If companies only look at the same limited fields of education when they recruit, and those subjects have very few girls, it’s going to take a really long time to solve this problem. There has to be a wider focus, and one obvious place to start would be to look at suitable skills among candidates from areas such as pharmacology and medicine, which are examples of STEM subjects that don’t have any trouble attracting women. The next important role models would be female leaders in tech. If you want to start a family and maybe at the same time you’re about to move up to senior level, it’s important to see other women succeeding as both mothers and career-makers.”

Problem-solving and diversity
Once the diversity is there, and companies have become more diverse, managers also need new skills to run those organisations since, as Marianne Dahl points out, managing diverse teams it is far more challenging than traditional homogenous teams. “In my career I’ve tried managing both. In the homogenous team, we’d all studied at the same two or three universities in Denmark, we were all about the same age, dined at the same Copenhagen restaurants, and we’d had kids at roughly the same age. That’s a pretty easy team to run! If you need to manage a crisis here and now, a very homogenous team can be really valuable. The army is a great, almost caricatured example of that, with recruits of the same age, gender and nationality. But if you’re dealing with complex problems and creating long-term value, you need a completely different approach to problem-solving and diversity, and that’s an incredibly hard job for a manager.”

Three career-defining choices
When Marianne Dahl looks back on her own career in a maledominated tech world, it is obvious to her that when she was facing three of the defining situations that are now the focus of the current diversity debate, she made choices that benefitted the next phases of her career.

“I gave myself a good starting point by studying business instead of Danish and comparative literature, which I was also interested in. All things being equal, it would have been a difficult and really long road coming from a humanities degree to a management position in tech. When I became a mother and had twins, I only had a short maternity leave and managed to get the right set-up for me in terms of child-minding, so I was able to get back fast onto the P&L track that my career was on. It would have been more difficult had I done five or six years in a support function when the kids were small.” The third defining moment for Marianne Dahl as a woman in tech was to not let herself be scared off the idea of being a top executive. “When you become a top manager, you need to perform more externally both with the media, customers, political decision-makers and others. That’s where a lot of women hold back, because you’re far more exposed to negative comments as a woman, especially on social media, as you get overexposed because of your gender and your job. Exposure can be both positive and negative. You just need to be aware that negative exposure is part of it. Studies do show that the people who get the most negative comments on social media are women and ethnic minorities. But I’ve been equipped with a good layer of Teflon, and I’ve learnt through great advisers to not take it all so personal.” BCG growing digitally Marianne Dahl will now be heading up BCG Denmark’s digital activities which are growing fast. “We’re really focused on building a strong digital organisation, partly through acquiring tech companies and competence centres in highly specialised areas to build a portfolio of services that will help our clients. We’re actually in a situation where almost half of our work has a digital aspect. Our approach is that we need to be able to both advise companies in all the classic strategic disciplines and deliver the digital products and services which are now needed to execute a lot of strategic decisions across the whole spectre of industries,” Anders Fæste explains. Globally, BCG now has some 5,000 data scientists on the payroll, and the number is growing. “There’s a war for talent in this area, but luckily for us we are finding it easier to attract talented data professionals than a lot of companies. Data specialists like to solve the biggest, most difficult problems and then move on to something new. They don’t have the patience required to just sit there drifting away in a line organisation. We, on the other hand, have a lot of project work, where we’re solving tricky problems before moving on to the next project,” he says.

Agility and micro services
This has also equipped BCG well to help clients in a new era where most companies have themselves become technology companies in one way or another, even if they started out as banks, shipping companies or something else. “A few years ago, when the head of Deutsche Bank told his staff that they no longer worked for a bank but a software company, it made headline news. Since then we’ve heard Maersk here in Denmark state that they are no longer a shipping company but a technology company. Working as a consultant has also changed dramatically over the past 20 years since I started working in consulting. Back then, you implemented new IT systems following a lengthy build-test-run process. Today that happens in an agile way with a lot of micro services. So, while companies have become software businesses, the consulting sector has become an agile unit where a lot of industries, disciplines and areas of consulting are merging. I look forward to working on that, just as I look forward to working to attract as many as possible of the most talented female candidates,” Marianne Dahl concludes.

ACTORS ON NORWAY’S PROPERTY MARKET HAVE LEARNT TO HANDLE RISK

NORDIC BUSINESS TRAVEL IS (COMING) BACK