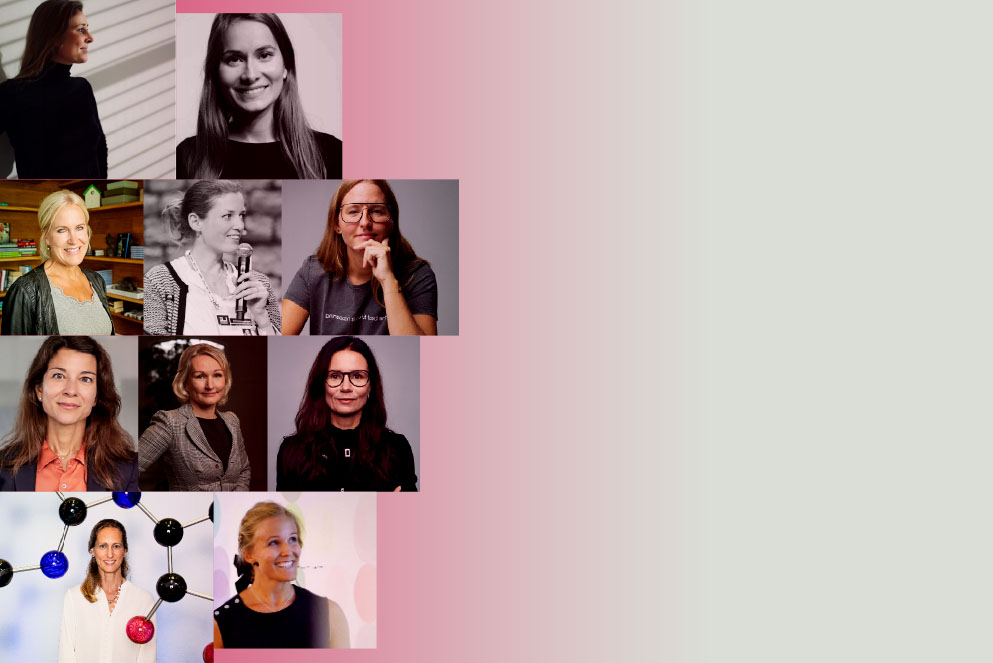 The Nordic countries are some of the most gender-equal nations in the world, and the region’s booming tech scene has captured global attention. Yet the gender gap is still a huge issue – particularly in certain fields, like Tech & Life Science, where women are traditionally underrepresented.

Some of the key drivers for girls wanting to pursue Science, Technology, Engineering and Mathematics (STEM) skills is having role models and support both at home and in the classroom. It is easier to imagine a career in the field if you see someone you can identify with who has an exciting role, has done groundbreaking research or founded a tech startup. The number of girls interested in STEM skills almost doubles when they have role models, compared to those who do not. Girls with role models are also more passionate about STEM subjects and are more likely to imagine themselves working in Science, Technology, Engineering and Mathematics. 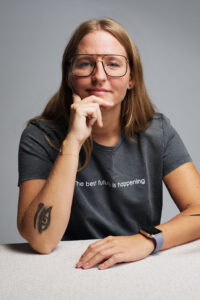 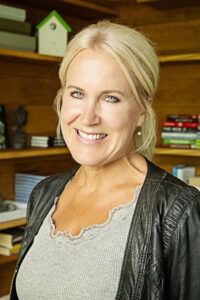 Many business leaders are starting to understand that Artificial Intelligence (AI) will be impact the future in most organizations. Few know how to get started: Josefin Rosén does. She has passion for unlocking hidden insights from all kinds of data and is specialized AI and Machine Learning, including deep learning and Natural Language Processing. As Principal Advisor in Advanced Analytics and Artificial Intelligence, Josefin helps customers from different industries unleash the potential of advanced analytics while managing the challenges arising when you are working with large quantities of unstructured data. She is also involved in academic discussions and has earned a PhD in predictive chemistry from the University of Uppsala before dedicating herself to positions in the pharmaceutical and IT industries. At events and in media interviews, Josefin has spoken out on issues related to the advance of machine learning and AI. She currently applies this knowledge on a day-to-day basis at SAS Institute as Principal Advisor in Advanced Analytics and Artificial Intelligence. 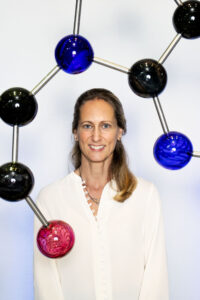 Katarina Ageborg, who was named CEO of AstraZeneca AB, the Swedish affiliate, in August 2018, has been a part of AstraZeneca’s global management team since 2011. When she joined AstraZeneca in 1998, she was the owner of her own law firm and had never worked in the pharmaceutical field before. But both the work and the industry appealed to her. Sustainability is critical to AstraZeneca’s way of doing business, and by maintaining her position as the company’s Executive Vice President, Sustainability and Chief Compliance Officer, Ageborg is able to stay on top of it. “It’s a good platform for me to see Sweden as a model for sustainability,” she statet in an interview with Nordic Life Science News. Katarina Ageborg is also focused on improving gender equality and diversity and strives to getting AstraZenica known as a more open and inclusive company, to attract the best people. 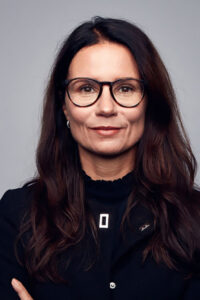 As Global Head of Markets, Cecilia Qvist oversees Spotify’s global growth strategy – both in existing and new territories – with a focus on international expansion, product localization efforts and sustainable growth. Today Spotify, named one of TIME’s Genius Companies of 2018, has 217 million listeners and 100 million subscribers around the world. In 2018 and 2019, Cecilia Qvist led the company’s expansion into more than 18 new countries, including Romania, Israel, Vietnam, India and several locations in the Middle East and Africa. Spotify now operates in 79 countries. Cecilia Qvist serves as a member of the board of directors of Catena Media and a member of the advisory board of Webrock Ventures. In 2019 she was chosen as “The Most Impactful Director” by Swedish business magazine Veckans Affärer. 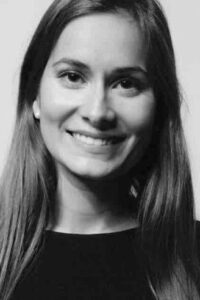 Sibel joined Adelis Equity Partners in April 2022 where she holds a position as Health & Life Science Investment Professionel. Prior to this position she worked at Novo Holdings A/S for 5 years as an Associate in Principal Investments. She participated in deal sourcing and execution as well as in managing and developing the growing portfolio of investments. Prior to joining Novo Holdings A/S, Sibel worked as a management consultant with Bain & Company in Copenhagen. During this time, she worked primarily with PE due diligences and post-acquisition projects for portfolio companies, as well as Corporate Strategy for large Nordic companies. Before this, Sibel worked as an Associate Consultant for Dalberg Global Development Advisors in their Copenhagen and New York offices. Sibel holds a BSc in International Business & Politics and a MSc in Finance & Strategic Management from Copenhagen Business School 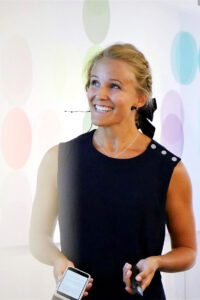 Norwegian engineer Christine Spiten cofounded the underwater drone company Blueye Robotics in 2015. Spiten was interning at marine giant Kongsberg when she first used underwater ROVs and was inspired to develop drones controlled by smartphones. Blueye Robotics has raised $6 million to date. The company’s Pioneer drones can dive to depths of over 150 meters (around the height of London’s BT Tower). Spiten took robotics classes at UFRJ in Brazil as part of her engineering M.Sc in Industrial Economics and Technological Management. She sits on the advisory board of environmental research initiatives REVOcean, Passion for Ocean as well as Norway’s government-led digital business board Digital 21. Christine holds a Master of Science from Norwegian University of Life Sciences. 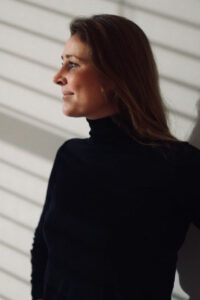 Christina is known as being exceedingly passionate about innovation and entrepreneurship within life science. By combining her strong background in life science with her experience in new business development, IPR and venture creation she co-founded and took up the role of CEO at the biotech Oscine Therapeutics, which develops cell therapies for diseases in the central nervous system. In 2020 the company was sold to the Seattle-based Sana Biotechnology in a trade amounting to nearly DKK 1.3bn. She was selected for Endpoints 20 under 40 in 2021 and as Berlingske Business Talent 100 in 2017. She has identified and drafted Novo Pre-Geed grant applications and guided early spin out efforts for several academic projects and companies that today have had major Series A investments such as Pretzel Therapeutics, Adcendo, Stipe and ISD Immunotech. 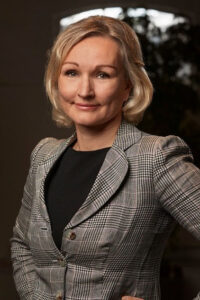 Lene has a PhD in Neuroscience from University of Copenhagen. She has more than 25 years’ experience within the life science industry as a research scientist, patent attorney, business developer, consultant on university spin-out corporations and has held management positions in several biotech companies. Lene has been Vice President in Action Pharma (sold to Abbott in 2012) and Visiopharm, a global AI Healthcare company. Since 2014, Lene has worked as a venture capitalist having financed more than 35 companies. She comes with an extensive board experience having headed 18 companies as Chairman. 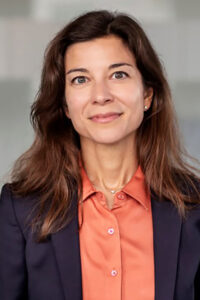 Nana joined Microsoft in 2002, holding various leadership positions in commercial sales and product marketing. She has been part of the Executive Board since 2013 – most recently in the role of Director of Marketing & Operations (COO). In addition to her position as CEO at Microsoft Denmark, Nana serves as a board member of EnergiNet, Arla and Wonderful Copenhagen and is also a member of the DI Board of Directors and the Corporate Policy Committee. Nana graduated from Copenhagen Business School and Copenhagen IT University and holds a Board Governance qualification from IMD. She is also active within the startup ecosystem as a consultant for entrepreneurs and investors. 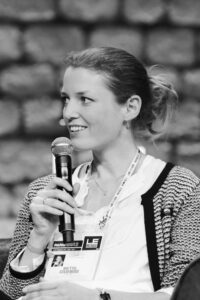 CEO, Too Good to Go

Mette Lykke is the CEO of the anti-food waste company Too Good To Go since 2017, where she leads more than 300 employees. Through the app, Too Good To Go connects its users with delicious unsold food from a variety of shops and restaurants all over Europe. The app has more than 12 million users and the service is available in 11 countries. Before joining Too Good To Go, Mette Lykke cofounded the sports app Endomondo in 2007, which was sold in 2015 for half a billion Danish kroner to the American sports brand Under Armour, where she was senior vice president until 2017. Mette holds a Master of Political Science and has previously been a researcher and journalist at Jyllands-Posten and a consultant at McKinsey from 2006-07. In 2018 she was elected to the publisher’s Gyldendal’s Board of Directors.