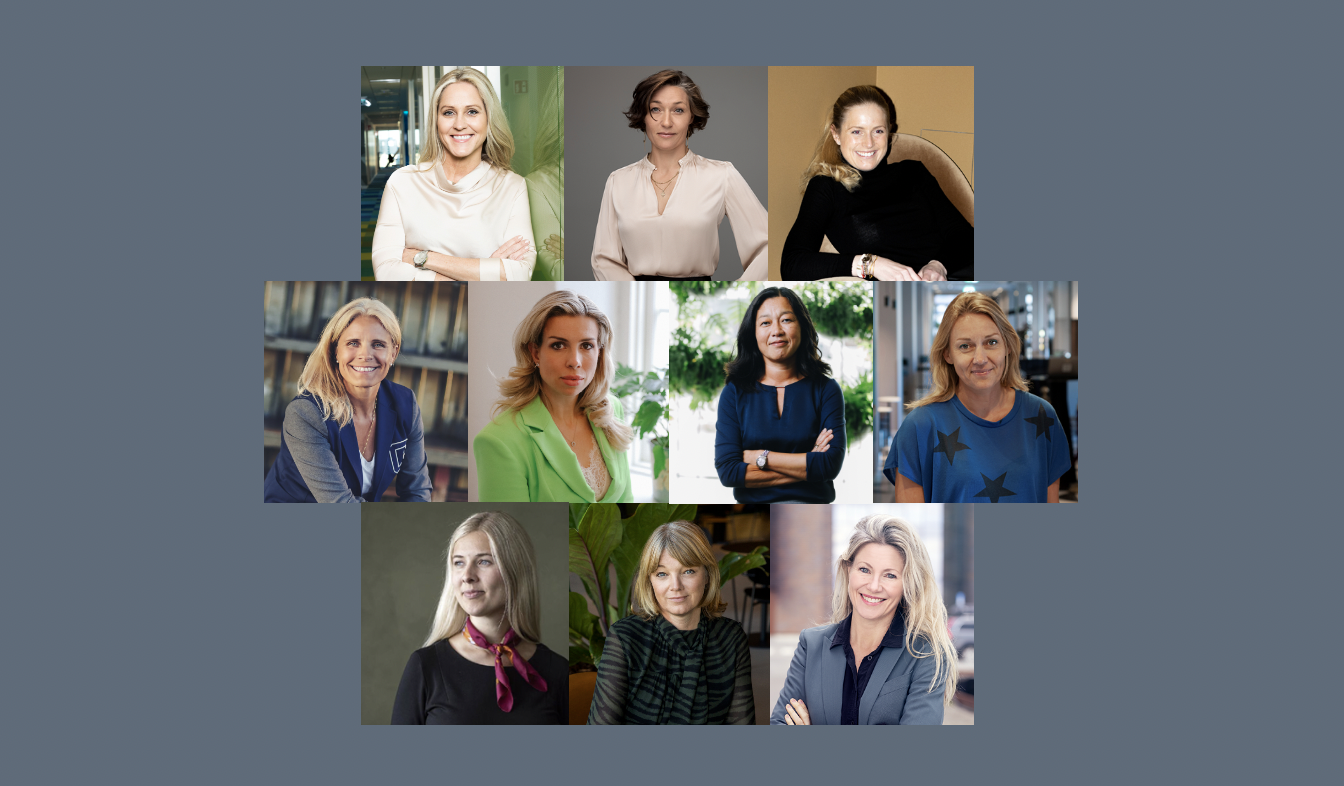 Investing is still a male-dominated profession, especially at the top. But the number of women investing is rapidly increasing. Nordic Business has selected 10 Nordic women who, with their dedication, empowerment, and professionalism, have been successful with their investments and stand out as being inspirational role-models to other women in the Nordics. 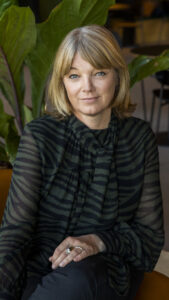 Anne Buchardt finished her Master’s degree in Economics from the University of Copenhagen in 1996. She started as an analyst, – and realized in those years that she would like to work in management positions. In 2000 she was appointed Head of Macro at Danske Capital and less than four years later she was appointed Chief Economist at BG Bank. In 2007 she was appointed Vice President at Danske Bank and in 2011, Senior Vice President. Since then, she has held Senior Management positions at Nordea, and today she is Country Manager at Nordnet Denmark in her fourth year.  She is a strategic leader with a strong, financial knowledge base with specific competencies within the retail and private banking, investments, pensions, and the Nordic wealth management industry in general.

Being a woman in a male-dominated world has never held her back, but she has publicly stated in recent years that there is still an undeniable skewed gender distribution in the financial sector – an undesirable fact as there are lots of qualified women for top positions in the financial industry. 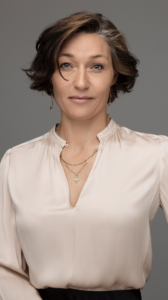 Mia Wagner became a well-known name in Denmark due to her appearance in the reality television business program Løvens Hule – the Danish version of the originally Japanese program The Tigers of Money, also known in a British BBC-version as Dragon’s Den. Mia Wagner was and still is part of the panel of experienced, wealthy investors who determine which great ideas presented by enthusiastic entrepreneurs it’s worth putting money into. She is a trained lawyer but has left that career behind several years ago. From 2017 to the autumn of 2020, Mia Wagner headed the family-owned group Freeway, which has full or partial ownership in 34 companies. In November 2020, Mia Wagner founded Nordic Female Founders together with Anne Stampe OIesen. The goal of Nordic Female Founders is to focus on gender equality in the Danish industry and to secure more investments for female entrepreneurs. Through investments, Nordic Female Founders strives to create a balance between the sexes, because the organization believes that a better gender balance in entrepreneurship creates a stronger Danish business with room for everyone and the best conditions for Growth, Nordic Female Founders points out on their website. 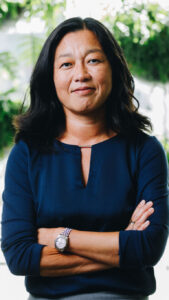 Tine Choi Danielsen has worked with investment, strategy and analysis for many years at both Nordea, Nykredit and Danske Bank, before she was hired in 2019 as chief strategist at PFA Pension. Here, she is responsible for investment advice and recommendations regarding the management of the pension company’s large amount of money. This is a big responsibility, because PFA Pension is Denmark’s largest commercial pension company and among the largest pension companies in Europe. PFA manages more than DKK 600 billion for more than 1.3 million Danes. Tine Choi Danielsen knows her metier and has strong competencies in the area of investment strategy with extensive experience from the largest banks, where she for several years has analyzed the markets and advised clients at the very highest level. Among her competencies is also a special ability to convey the often complicated contexts and issues that characterize the financial markets. The media has also discovered this, which is why she is among the most quoted economists in Denmark in relation to comments on equity investment and potential perspectives for the financial markets. 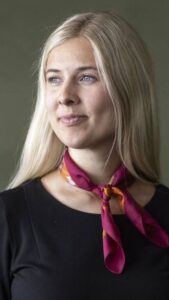 In 2019, Anna-Sophie Hartvigsen founded Female Invest together with Emma Due Bitz and Camilla Falkenberg driven by a mission to close the financial gender gap. They founded the company while studying, and it quickly took off. Today, Female Invest has members across 77 countries and the team counts 30 full time employees across 6 countries.

The company has raised USD 7million in funding, breaking glass ceilings in the entrepreneurial world where female founders get less than 2% of funding. During this time, Female Invest has also won the world’s largest startup competition and Anna-Sophie has co-authored the bestselling book Klar-parat-investér. 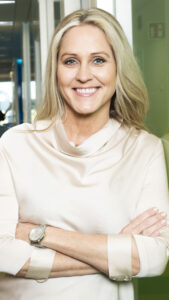 Christina Sahlberg is a savings economist at Compricer and helps people get a better everyday economy. She often appears in the media as a private finance expert and in 2018, she was named The Bank Profile of the Year by Privata Affärer. She has written three books: 1) Fixa din privatekonomi – smarta lifehacks för mer pengar och ett rikare liv. 2) Egen ekonomi – smarta ekonomitips för dig som flyttat hemifrån.  3) konomikalendern (2022).

Christina has a master’s degree in economics from Stockholm University and a bachelor’s degree in psychology from Swinburne University (Australia). And the psychology angle comes in handy when providing advice about personal economy. Because, we are not created to plan and look ahead, and it is not possible to change how the brain works, she argues. Instead, Christina points out, we can learn how the brain works and find strategies to trick ourselves into saving more easily. 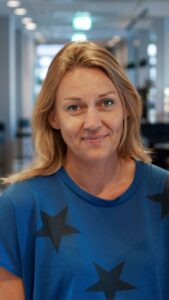 Ruth Brännvall is CEO of Impact Invest – a company focused on investing in sustainable and inclusive companies. The company also help financiers who want to achieve increased growth in companies and contribute to a positive societal development. Ruth Brännvall is very experienced in Impact Investing. She started investing as a business angel already in 2003 and today she is one of Sweden’s most knowledgeable and experienced people in Impact Investing. Which is basically about providing venture capital for projects and companies with the aim of generating beneficial social or environmental effects in addition to financial gains. Ruth Brännvall has personally worked with more than 500 businesses in emerging markets and in Europe to strengthen their product development and go-to-market strategies, with a goal of delivering greater social impact and profits for stakeholders. She has engaged with companies in different roles; interim CEO, board member and advisor/mentor. Ruth Brännvall has a PhD, based on scaling of social ventures and innovation management in a cross-cultural context (Africa/Europe), human-centered design, gender perspectives in management and venture capital. 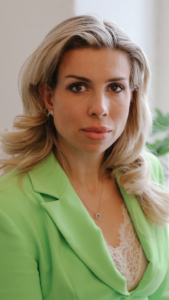 Michaela Berglund is CEO of Feminvest – presently, Sweden’s largest network for women entrepreneurs and investors with almost 25,000 members. The company’s ambition is to actively work for a more equal ownership and society. Feminvest educates and inspires around investments and entrepreneurship digitally via the website, podcast, social media and via network meetings. Feminvest arranges, among other things, equity clubs that are open to all women who want to develop as investors around Sweden. Feminvest also has an angel investor network where female investors are offered investment opportunities in women entrepreneurs or equal companies. For this regular pitching events are arranged where only female entrepreneurs are allowed to pitch. Michaela Berglund is a strong advocate of impact investing. And she has pointed out that it’s a common misconception that you don’t earn as much profit on impact investing compared to other types of investments, and that you can’t claim the same return rate. She acknowledges that sustainable investing can be tricky but also emphasizes that you as an investor has a big responsibility. 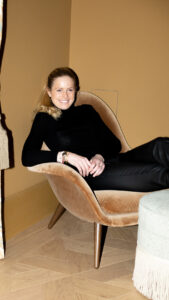 Hannah Jacobsen is the Chief Operating Officer and Head of IR at Summa Equity, a private equity company seeking to invest in and develop companies that provide solutions to the increasing challenges we face as the population and economy are growing and technology transforms society. Summa Equity has focus on companies in industries supported by megatrends within three themes: Resource Efficiency, Changing Demographics, and Tech-Enabled Transformation. Summa Equity argues that investments

across the three themes have the potential for long term sustainable outperformance because they address some of the social, environmental, and business challenges we need to solve as a society.

Hannah Jacobsen was the first employee at Summa and has been engaged in a variety of Summa Equity’s initiatives as well as developing Summa’s ESG approach and routines for reporting on the UN Sustainable Development Goals. Earlier this year Summa Equity announced that it had raised EUR 2.3bn in four months for its third impact fund – making it Europe’s largest impact fund to date. 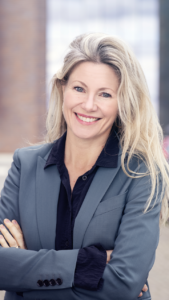 Siri Margrethe Kalvig is a Norwegian meteorologist and has a doctorate in offshore wind technology. She is CEO of Nysnø Climate investments– a climate investment company owned by the Norwegian state. Before Nysnø, Siri Kalvig worked as Head of the research network for sustainable energy at the University of Stavanger. She has been involved in starting several companies, in addition to being an active investor in environmental technology.  Siri Kalvig started her career as a weather presenter on TV2 Norway. In 1997, she started and led the weather forecasting company Storm Weather Center, which changed it’s name to StormGeo in 2010.  Siri Kalvig has a strong commitment to the climate issue and has created several national campaigns to spread knowledge and awareness about climate issues. The climate fight continues at Nysnø and now with finance and investments as tools to help turn the flow of capital towards a development in line with the Paris goals. Nysnø invests in technology, solutions and services that can move Norway faster towards the low-emission society and at the same time contribute to global greenhouse gas cuts. Kalvig was awarded the European Meteorological Society’s communication prize in 2013 and the HR Norway Leadership Prize in 2021. 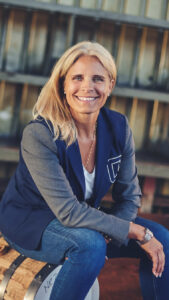 Camilla Andersson is a busy woman. She is a serial entrepreneur and investor, founder of various crowdfunding companies and is now most active in raising capital and investments. She also works as an advisor and board member. At present, she is investor contact at Feddie Distillery and Chairman of the board at Fjåk Chocolate. Since October 2020 she has also been the Chairman of the board of WIN in Norway which she also joined as the CEO of the company since January 2022. WIN is short for Women Investment Network. The networks mission is to increase the participation of women in wealth-creation activities – investment and entrepreneurship – and to give visibility to financially-empowered women as role models for future generations.